WATCH: A man in United States catches a gigantic lobster. Is it 100 years old? 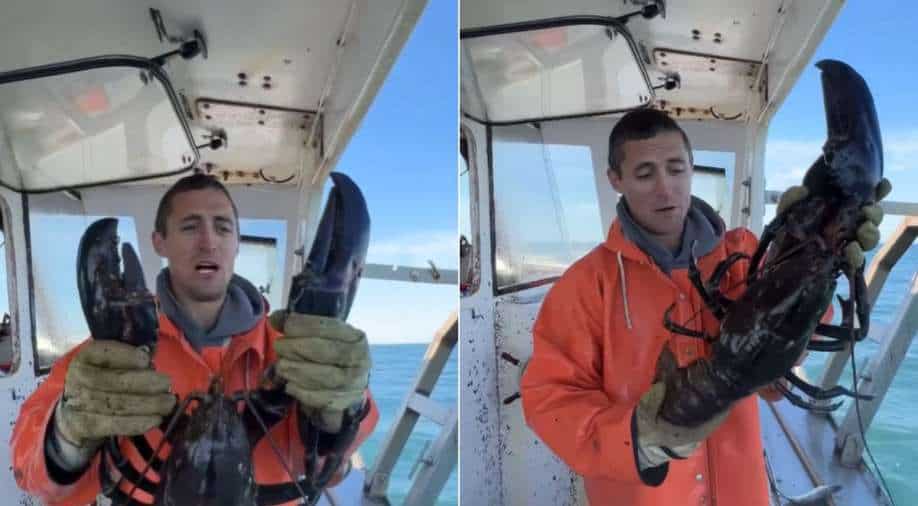 Huge lobsters are protected in Maine for breeding purposes. Photograph:( Others )

A fisherman in the United States caught a giant lobster and claims it is 100-year-old. Jacob Knowles, who shared the video on social media forums also said that the particular lobster was probably captured by his ancestors too.

In the Instagram post, Knowles said that "this is quite possibly the biggest lobster we have ever caught." He also gave a closer glimpse of the gigantic lobster in the camera.

Knowles explained in the post that the only reason his team was able to catch it was because of his small claws. He also revealed that at some point in his life the lobster lost his claws, however, some new claws grew back.

"So unfortunately his claws don't match his body but if you look at his body, it's very impressive," Knowles said.

"This lobster has got to be around 100 years old...it's pretty crazy to think about it. My father has very likely caught this lobster at one point in his life, so has my grandfather, and possibly my great-grandfather has also caught it," Knowles said in the clip.

"If you want to get crazy, it's possible that my great-great-grandfather caught that lobster when he was a baby," he added.

A report by Newsweek revealed that huge lobsters are protected in Maine for breeding purposes. It's illegal to catch gigantic lobsters there to make sure the population continues to thrive.

Knowles says that the lobster would have been oversized by the time it was 50, around half a decade ago.