Viral video: US journalist surprised by his mother at work 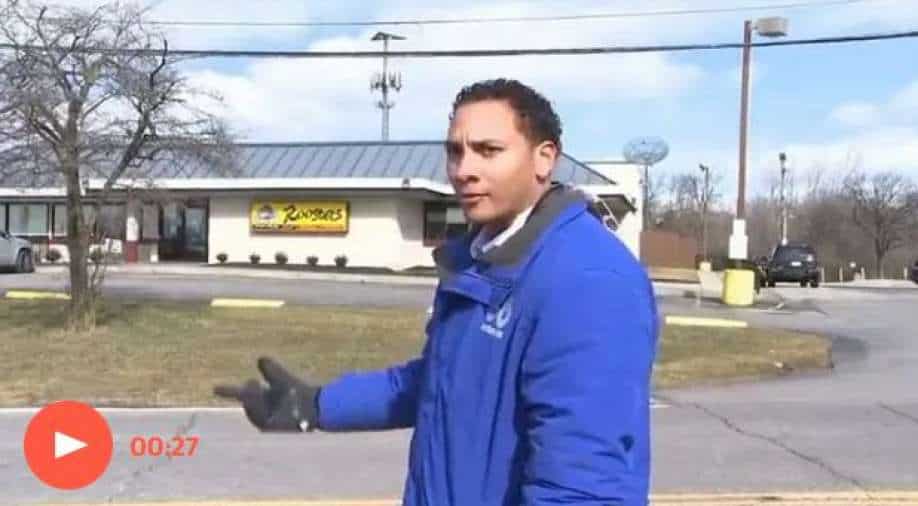 Myles Harris was preparing to shoot a story with his back to a road when he turned to look at traffic and appeared to recognize an approaching vehicle. Photograph:( Twitter )

A black car rolls up with the window down and Harris’s mother greets him with an enthusiastic shout: "Hi, baby!"

On the internet, a video of a mother welcoming her son while he was reporting on the ground has gone viral.

And the touching video has completely captivated the hearts of internet users.

Reporter Myles Harris was seen preparing to shoot a story with his back to a road in a video published by ABC 6's official twitter account.

When he moved to the side to check traffic, he noticed a familiar car approaching.

Columbus Ohio reporter Myles Harris had to stop recording his standup because of a visit from his number one fan: His mom! We’re here for this kind of wholesome content. pic.twitter.com/pTiSnviuDX

A black car then rolls up with the window down and Harris’s mother greets him with an enthusiastic shout: "Hi, baby!"

"I’m trying to work right now!" Harris responds before his mother and the cameraman – and eventually Harris himself – burst into laughter.

The TV station's video quickly went viral after being picked up by social media video accounts.

"Don't be holding up traffic, because you've got cars behind you," Harris tells his mother at the end of the video.

His mother responds with a "alright" and a kiss before driving away out of view.