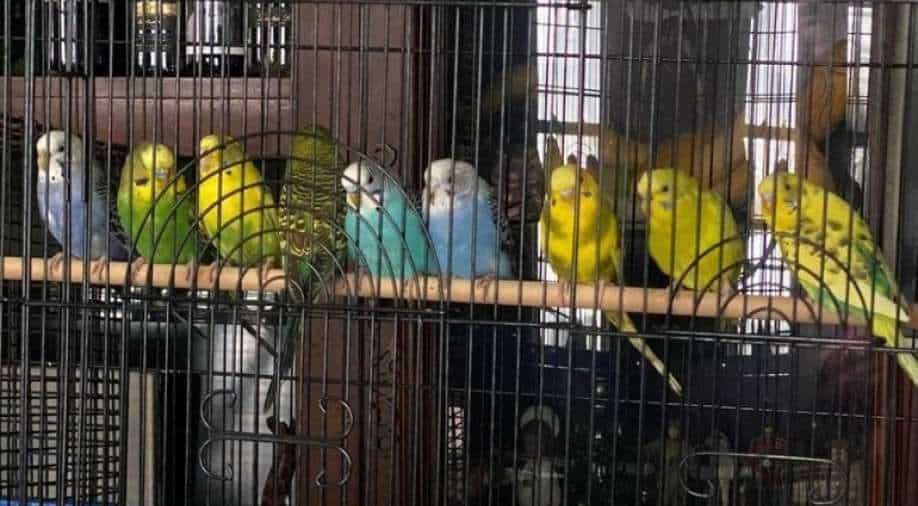 In this handout photo by Detroit Animal Welfare Group, parakeets can be seen inside a cage Photograph:( Facebook )

An animal shelter in the United States received a surprising Christmas present in the form of 800 parakeets.

Known as the Detroit Animal Welfare Group, the shelter said the "birds came from a very unhealthy situation."

It wrote on Facebook it was a "Christmas present we were not expecting."

The owner of the birds had kept them all cramped up in a room and was unable to provide for them.

His son delivered them in two rounds, one on December 23 and another on Sunday.

In the first round he dropped off  497 birds and during his second round, he handed over an additional 339.

Calling the irresponsibility of the owner ''infuriating,'' the group wrote on Facebook the birds were "smothering each other and needed immediate help."

"It truly takes a village to help these animals and we are so thankful for everyone that works together to get them the care and proper homes they deserve," the shelter said in a post.

"Owning a parakeet is a six-to-15 year commitment and they require not only food, water and daily cage cleaning, but also daily interaction, enrichment, and flight time," Detroit Animal Welfare Group said.

"They were barely moving. We had to get them out and into different cages."

The son told Lebonty that he believed his father had only planned to breed a few birds, but it got out of hand, and he was now spending $1,200 a month to feed them all.

The parakeets, some visibly injured or malnourished in photos posted by the group, will be available for adoption after they are evaluated by a veterinarian.