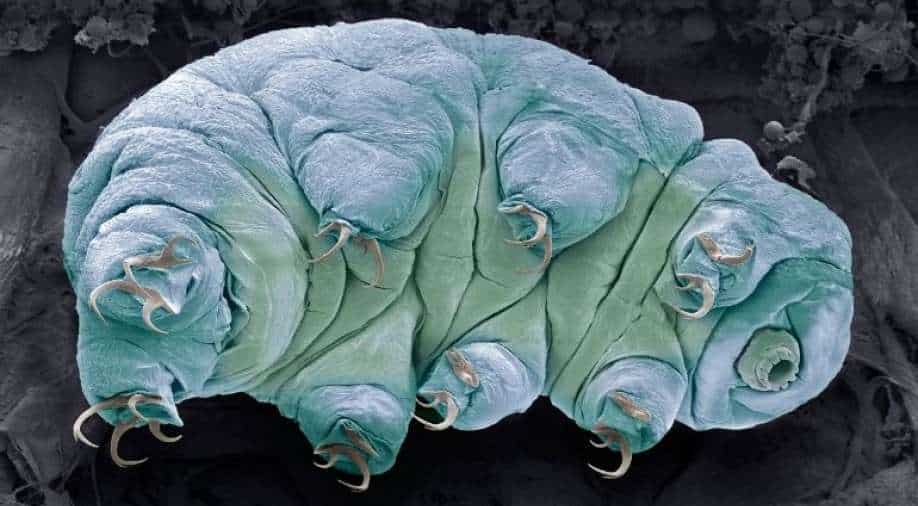 Scientists have identified the first ''quantum entangled'' animal in history in a recent study.

Called frozen tardigrade, they are microscopic multicellular organisms known to tolerate extreme physiochemical conditions through a latent state of life known as cryptobiosis.

“Their proportions are a little bit similar to a bear’s, and they’re kind of cute, at least some of them are cute to some people," Roger Chang, a Harvard University molecular biologist who studies tardigrades, said.

Quantum and biological systems are seldom discussed together as they seemingly demand opposing conditions. Life is complex, “hot and wet” whereas quantum objects are small, cold and well
controlled.

In the study, researchers observed the coupling between the animal in cryptobiosis and a superconducting quantum bit and prepared a highly entangled state between this combined system and another qubit. The tardigrade itself is shown to be entangled with the remaining subsystems.

According to Douglas Natelson, Department Chair of physics and astronomy at Rice University in Texas, "What the authors did here was put a tardigrade on top of the capacitive parts of one of two coupled qubits."

''The tardigrade is mostly (frozen) water, and here it acts like a dielectric, shifting the resonance frequency of the one qubit that it sat on,'' he added.

Meanwhile, former physicist Ben Brubaker said "The qubit is an electrical circuit, and putting the tardigrade next to it affects it through the laws of electromagnetism we've known about for more than 150 years."

The researchers have claimed that the investigation is perhaps the closest realisation combining biological matter and quantum matter available with present-day technology.

"While one might expect similar physical results from inanimate objects with similar composition to the tardigrade, we emphasize that entanglement is observed with [an] entire organism that retains its biological functionality post-experiment," the team concluded in their paper.

"At the same time, the tardigrade survived the most extreme and prolonged conditions it has ever been exposed to."