Thailand: Fed up with boss? Employee reportedly blew up oil warehouse because she was 'angry at boss' 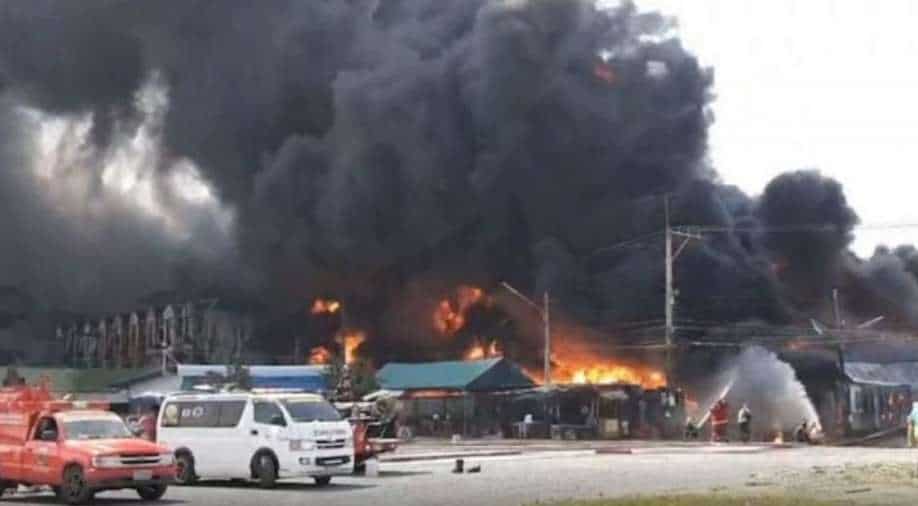 Huge fire erupted at the warehouse of Prapakorn Oil Co in the Samphran district of Nakhon Pathom, Thailand. Photograph:( Twitter )

She was later arrested and as per the police, where she confessed to committing arson as per the local authorities

A Thailand woman allegedly blew up an oil warehouse where she worked. The reason behind this is rather bizarre as media reports and initial investigation suggest she did it because she was fed up with her boss, who's "complaining" and "causing her stress".

The fire spread quickly at the Prapakorn Oil warehouse in Nakhon Pathom province on November 29 because of the presence of thousands of litres of oil tanks. As per a report in Mail Online, the fire caused damage worth more than 40 million Thai baht (about £900,000).

The report stated that the 38-year-old Ann Sriya allegedly set a piece of paper on fire and threw it onto a fuel container as was seen in the CCTV footage. As per the CCTV clip published by Mail Online, Sriya was spotted walking inside the warehouse with a likely piece of paper. She was then seen walking behind a row of containers.

The footage then showed fire flames on top of a container, which later turned into huge flames that cause massive destruction. As per the pictures available with the media outlet and on social media, a big fireball was seen with dark plumes coming out of the warehouse.

Ann Sriya, fed up with her boss complaining and causing her stress, blew up #Prapakorn Oil warehouse in Nakhon Pathom province where she worked in #Thailand. pic.twitter.com/R1hjy37ueX

Huge fire erupted at the warehouse of Prapakorn Oil Co in the Samphran district of Nakhon Pathom, Thailand,

She was later arrested and as per the police, where she confessed to committing arson as per the local authorities. And according to the police, she claimed that her boss Pipat Ungprapakorn, 65, caused her stress, which is the possible reason behind the fire accident in the warehouse, where she worked.

She was arrested by police on December 1. "This is the second time a fire has started from this factory. The woman has been working for Prapakorn Oil for nine years," Major General Chomchawin Purthananon was quoted by Mail Online as saying.

"She said her employer complained to her and caused her stress every day, and she did not expect the fire she started to cause this level of damage," he added.

The Bangkok Post stated that other concerns have raised as the waterway and surrounding environment may have been polluted with petrochemicals after the accident.