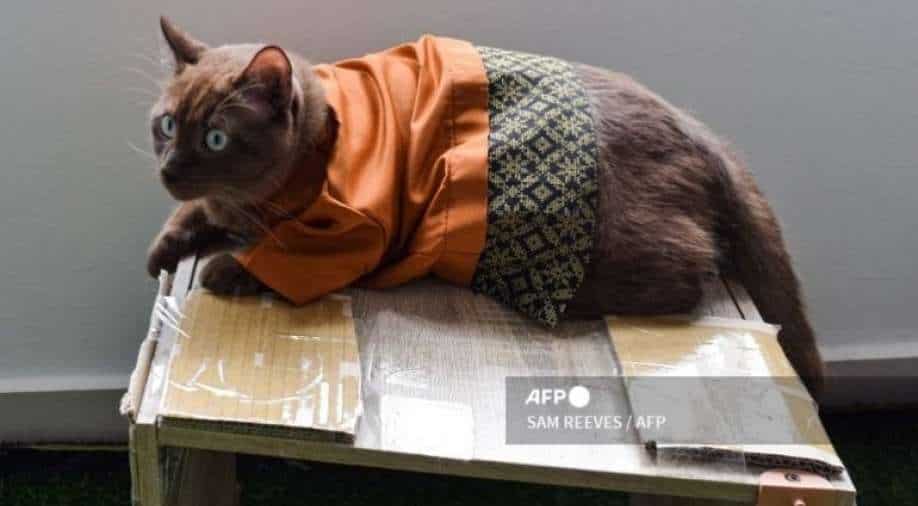 According to the US Centres for Disease Control and Prevention, a pet helps its owner to fight against loneliness, anxiety and symptoms of PTSD

According to a survey, 62 per cent Americans consider their pet as their "best friend".

The poll was conducted among 2,000 dog and cat owners. It found 81 per cent would leap to rescue their pet from immediate danger and 59 per cent people wouldn't mind fighting with another person to save their favourite friend.

Interestingly, three out of five people in the poll thought of their pet as their "soulmate".

Also, those in the 18-24 age group are most likely to include their pet in their wedding celebrations.

The survey found that 67 per cent people believe they can read each other's minds and most feel a pet positively influences their mental health.

According to the US Centres for Disease Control and Prevention, there are several health benefits of owning a pet which includes encouragement for a person to exercise and importantly pets help to decrease blood pressure and cholesterol levels.

A pet also helps its owner to fight against loneliness, anxiety and symptoms of PTSD, the CDC claims.

However, the top US health agency warns children below 5 and those over 65 are likely to get diseases spread by their animals with even pregnant women at risk.

CDC says pets teach kids responsibility and compassion although children under 5 should be under supervision while interacting with them.

After Twitter, Elon Musk sets his sight on Manchester United?