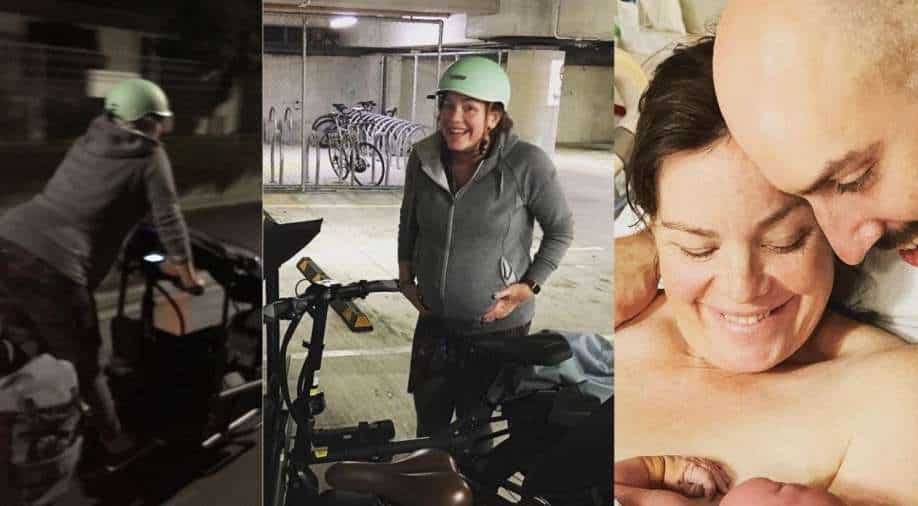 Julie, taking to her Facebook, wrote how she had no intentions of cycling in labour but it just happened

In a bizarre incident, New Zealand MP, Julie Anne Genter chose to pedal to the hospital in labour and then gave birth nearly an hour later. "Amazingly now we have a healthy, happy little one sleeping, as is her dad," she wrote on her Facebook post.

Julie, taking to her Facebook, wrote how she had no intentions of cycling in labour but it just happened. She told that her contractions "weren’t that bad," initially. However, the contractions picked up in intensity by the time she arrived 10 minutes later.

"Feeling blessed to have had excellent care and support from a great team, in what turned out to be a very fast (and happily uncomplicated) birth," Julie wrote.

This is not the first time that she has done this. In August 2018, she took a similar trip and made global headlines.

Her action, then dubbed "the most onbrand thing ever" by colleagues, was featured in media outlets across the world.

She said that the car was too small to accommodate her "support crew" and the bike ride "put me in the best possible mood".

She has been an outspoken supporter of cycling. The Green party's spokesperson for transport has posted several pictures on her Facebook handle with her beloved cycle. Her bio says - "Green MP. I love my bicycle."

One of her recent posts describe a "stunning day to cycle in for the daycare drop".