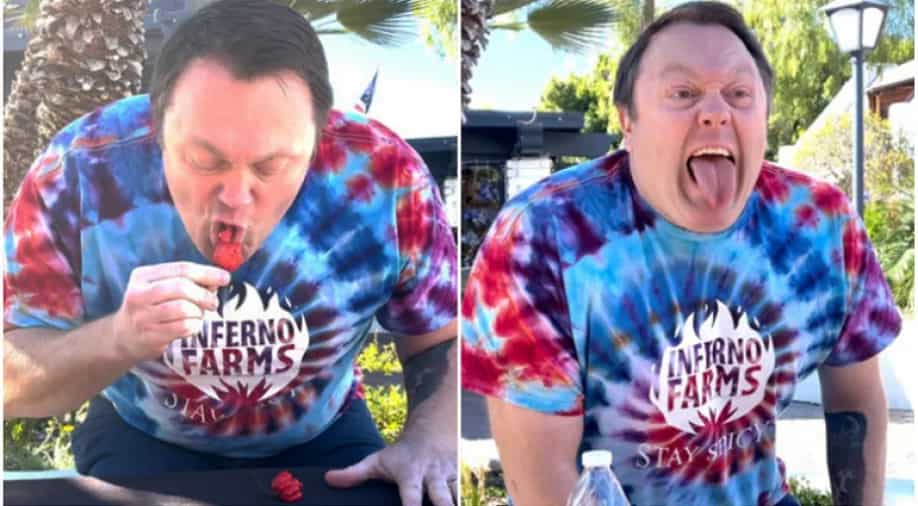 The video of the feat was posted on the official page of the Guinness Book of World Records along with the caption that read - "Fastest time to eat three Carolina Reaper chillies 8.72 secs by Greg Foster of US".

"The Carolina Reaper pepper - the hottest chilli pepper record holder - has an average of 1,641,183 Scoville Heat Units (SHU), according to tests conducted by Winthrop University in South Carolina, USA. For context, a Jalapeño pepper registers around 2,500 - 8,000 SHU," they further added.

This is not the only world record that Greg has achieved in the past few years. He also holds the record for most Carolina Reaper chillies eaten in one minute – 120 grams. The world record was created five years ago, and it has not been broken since then despite multiple attempts.

"In practising for an attempt like this it is more about mechanics and muscle memory, so I time myself eating small, sweet peppers to get the chewing and swallowing down to automatic responses," Greg, who achieved the feat at Seaport Shopping Center in Downtown San Diego, said