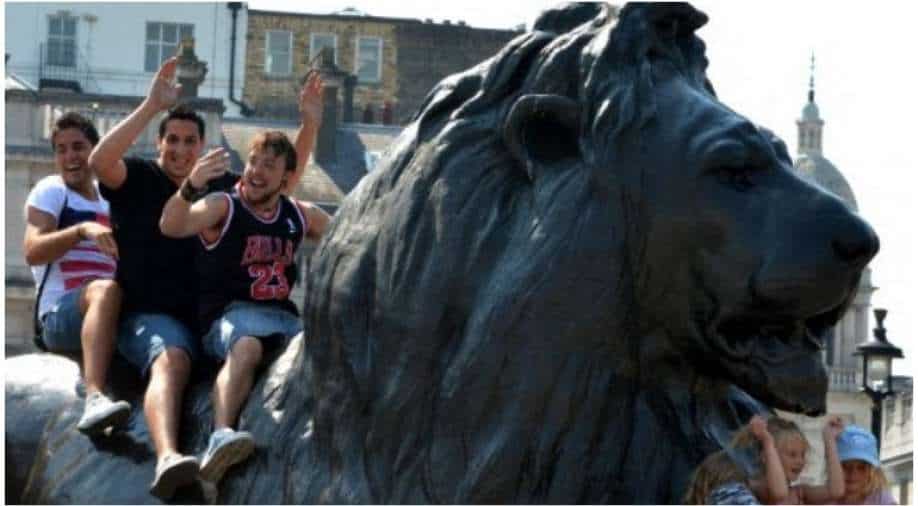 Tourists sit on a lion statue as they pose for photos at Trafalgar Square in central London on July 26, 2012. Photograph:( AFP )

The first comprehensive audit of London's sculptures and monuments has revealed these details. London Mayor Sadiq Khan's office is announcing a fund of 1 million Pounds to ensure that city's public spaces reflect its diversity

For all those who use the words like 'Feminazi' or think that women's rights movements have outlived their 'social utility', a look at reflection of patriarchal mindset in aspects of our lives is essential. The social mindset influences life, art and even ways we remember people.

A study in United Kingdon is perhaps symbolic of a global need to still stand for gender equality. The study has found that London has more than double the number of monuments dedicated to animals than that of those dedicated to named women.

Findings in this study show that out of about 1500 monuments in the British capital, more than a fifth (20.5 per cent) are dedicated to named men and only 4 per cent are dedicated to women. Number of monuments featuring animals is 100 or in other words, double than that of named women.

Just 1 per cent of the total sculptures are dedicated to named people of colour.

The study is part of a national research project by Art UK and is funded in part by City Hall. It is the first comprehensive audit of sculptures and monuments in London