It's a girl! UK zoo announces birth of aardvark; gives it name inspired by 'Harry Potter' 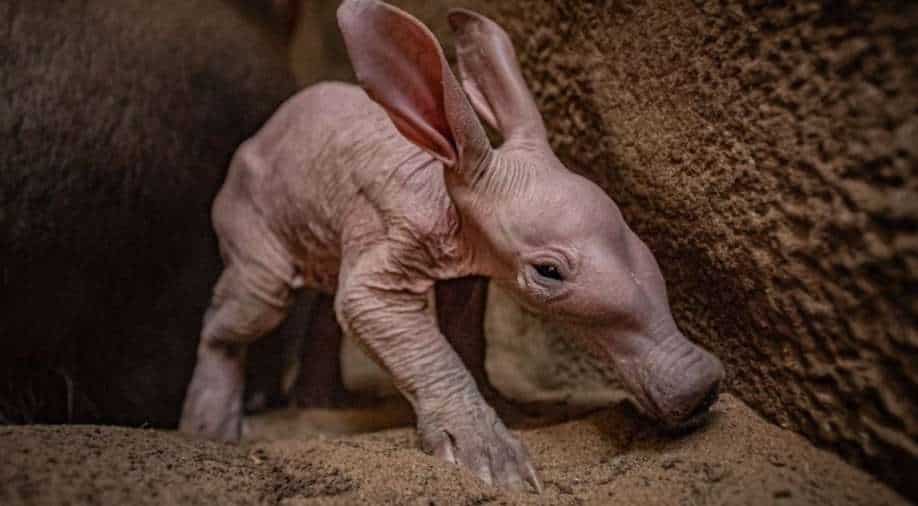 Aardvarks are found in sub-Saharan Africa where they are threatened by habitat loss as a result of agricultural development. Photograph:( Twitter )

The United Kingdom's Chester Zoo has announced the birth of an aardvark for the first time in its 90 year history. The zoo informed that the new aardvark calf is a baby girl.

The zoo said that the baby snuggled up with mum Oni (8) and dad Koos (6) after it had been born overnight on January 4.

The calf has been named Dobby, which is a character from the famous 'Harry Potter' series of fantasy novels and movies.

The zoo on its website wrote that baby aardvark was born with large droopy ears, hairless wrinkled skin and giant claws.

The calf is being hand-reared every evening by the experts and the zookeepers are providing dedicated care.

They are feeding the baby every few hours through the night for around five weeks, to help it gain strength.

Chester Zoo stated that staff have nicknamed the youngster Dobby due to its resemblance to the much-loved Harry Potter character.

We’re over the moon to reveal that our new aardvark calf Dobby is a baby girl 🥰🙌#chesterzoo #wildlife #conservation #aardvark pic.twitter.com/DxIFfmbcPi

As per the zoo, aardvarks are found in sub-Saharan Africa where they are threatened by habitat loss as a result of agricultural development.

The situation also brings them into conflict with local farmers and there are reports that they are hunted for their meat.

"This is the very first aardvark to be born at the zoo and so it's a momentous landmark for us and a real cause for celebration. We're overjoyed," said Dave White, Team Manager – Twilight.

"As soon as we spotted the new baby next to mum we noticed its uncanny resemblance to the Harry Potter character, Dobby, and so that’s the calf’s nickname for the time being!" White added.

With only 66 aardvarks found in zoos across Europe and a mere 109 in zoos worldwide.

As per the website, the word aardvark translates to "earth pig" in the language of Afrikaans. The nocturnal animals use their long noses and keen sense of smell to sniff out ants and termites, which they lap up with a long tongue measuring up to 25cm, covered in sticky saliva.