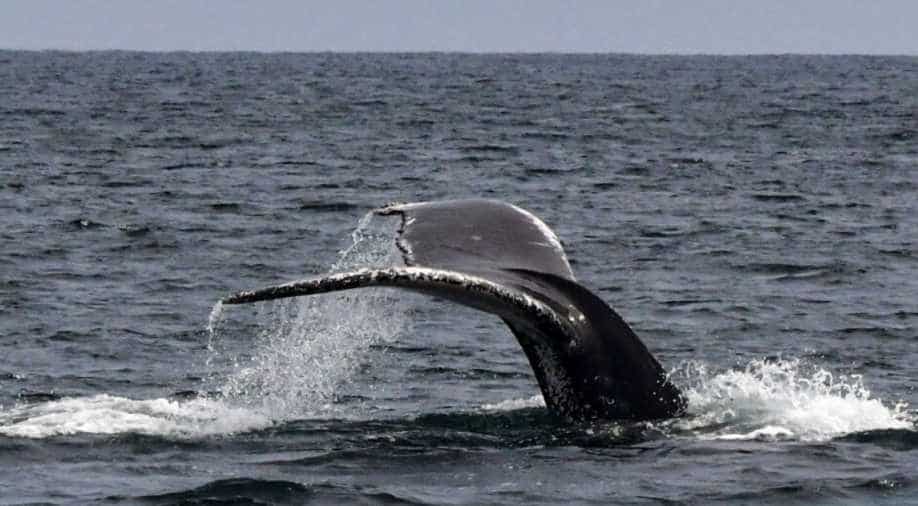 'How far will you go for me?' is perhaps the most cliched question lovers ask each other just to tease. By this literal measure, humpaback whales should be called the most ardent lovers on the planet. Because a study says that they swim across oceans crossing more than 3000 miles just to find a mate.

For this study, the scientists took a look at and analyzed more than 450,000 pictures of whales in the wild in order to track movements of the animal. Scientists found that the whales travelled thousands of miles in search of a mate.

The researcher tracked two distinctive males that had unique markings on their tails. They were observed off the western coast of Mexico and near Hawaii in a span of less than two months. The distance between these two oceanic regions is 3700 miles. The time taken by the whales to swim the distance revealed that they were swimming a bit faster than their typical speed of 2.5 miles per hour.

"They might just be traveling the ocean like it's their own backyard," said James Darling of the Whale Trust Maui in Hawaii and an author on the study. He was quoted by The New Scientist.

So next time you have to go the extra mile for your significant other, don't crib too much. Just try to keep up with the race to be a good lover. You probably would never win it. Doesn't hurt to try, eh?