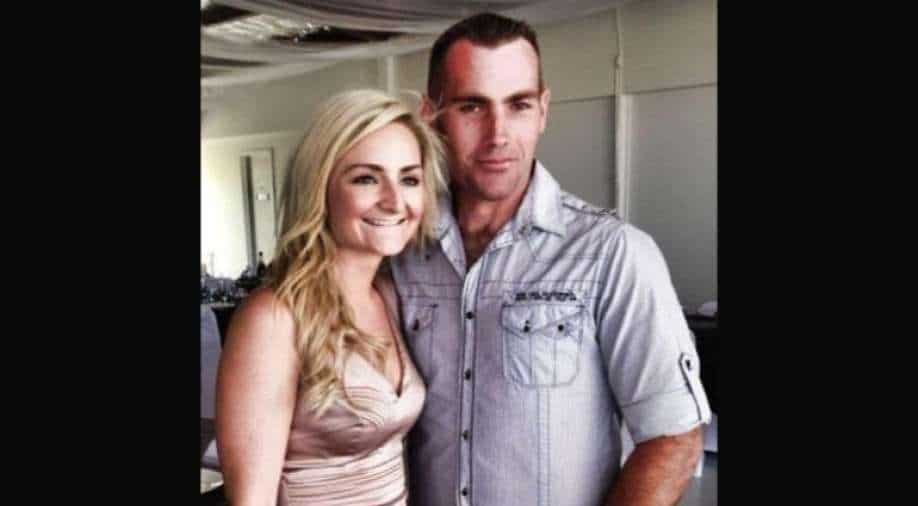 In this picture, John McAlister can be seen with his wife Linda Photograph:( Facebook )

Known as Linda McAlister, the woman is married to John McAlister and had to move to Marton, Rangitikei over a year ago with their two sons Colt and Ryder

An Irish woman put her husband for sale on an auction site after he left her alone with their kids and went on an impromptu fishing trip.

Known as Linda McAlister, the woman is married to John McAlister and had to move to Marton, Rangitikei over a year ago with their two sons Colt and Ryder.

She used to live in Ireland before her marriage and had relocated to Waikato district in New Zealand after her engagement with John.

Recently, they had a disagreement after which John embarked on a fishing trip without informing her and left her alone with their children.

To back at him, she posted a humorous advertisement on the Trade Me website of 6 feet 1-inch husband who is 37-years-old and is a ''shooting and fishing sort of a person.''

She also added that he requires some house training but she does not have time and patience at the moment but he would remain ''loyal provided he's fed and watered.''

Upon his return, when John saw the ad it left him in splits. He said his friend had sent him the listing on the e-bay style website.

The bid for the ad had reached $70 before it was taken down for violating the site's terms and conditions. It's manager James Ryan said it was the first time he had seen someone put their spouse for sale on the site.