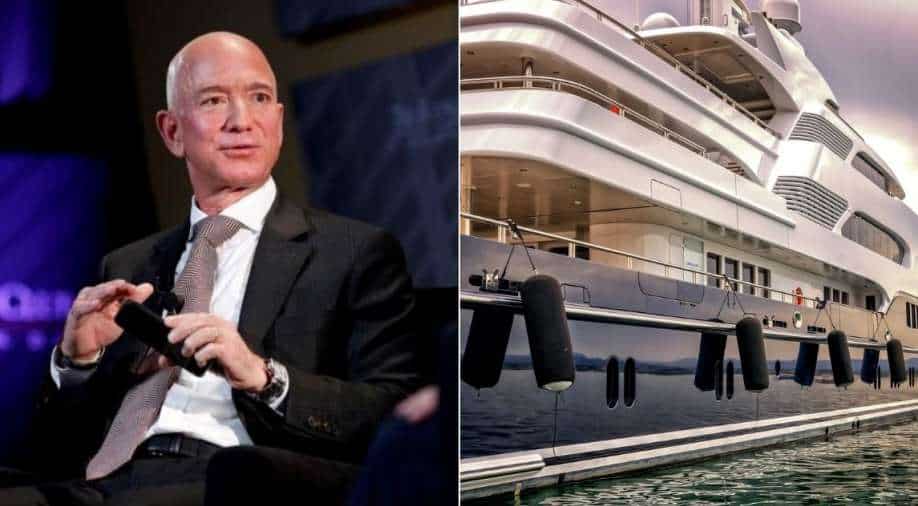 Rotterdam, a city in the Netherlands will dismantle a historic bridge temporarily to make way for a superyacht built for Amazon founder Jeff Bezos

Almost 1,200 Dutch residents are planning an event in which they will throw eggs at the superyacht of billionaire Jeff Bezos.

Rotterdam, a city in the Netherlands will dismantle a historic bridge temporarily to make way for a superyacht built for Amazon founder Jeff Bezos.

The gigantic yacht is reportedly being built by Dutch firm Oceanco. But it is too tall to fit through the historic Koningshaven Bridge, known to Rotterdammers as De Hef.

In protest, people in the country have made a Facebook group for an event called "Throwing eggs at Jeff Bezos' superyacht."

"Calling all Rotterdammers, take a box of rotten eggs with you and let's throw them en masse at Jeff's superyacht when it sails through the Hef in Rotterdam," says the event's description.

"Rotterdam was built from the rubble by the people of Rotterdam, and we don't just take that apart for the phallic symbol of a megalomaniac billionaire. Not without a fight!"

Reports have mentioned that the local council promised after a major renovation in 2017 that it would never again dismantle the bridge.

A spokesman for the mayor of Rotterdam told AFP, "It's the only route to the sea," adding that billionaire Bezos would foot the bill for the operation.

The vessel, known as Y721 during construction, will measure 127 metres (139 yards), making it the largest sailing yacht in the world when it launches in 2022, according to figures published by Boat International.

The mayor's office insisted on the economic benefits and jobs created by the construction of the boat. It has also been promised that the bridge would be rebuilt in its current form.

Local media reports mentioned that the middle section of the steel-girdered bridge will be removed to give enough clearance to the boat. However, the entire process will take a few weeks and is expected to happen this summer.