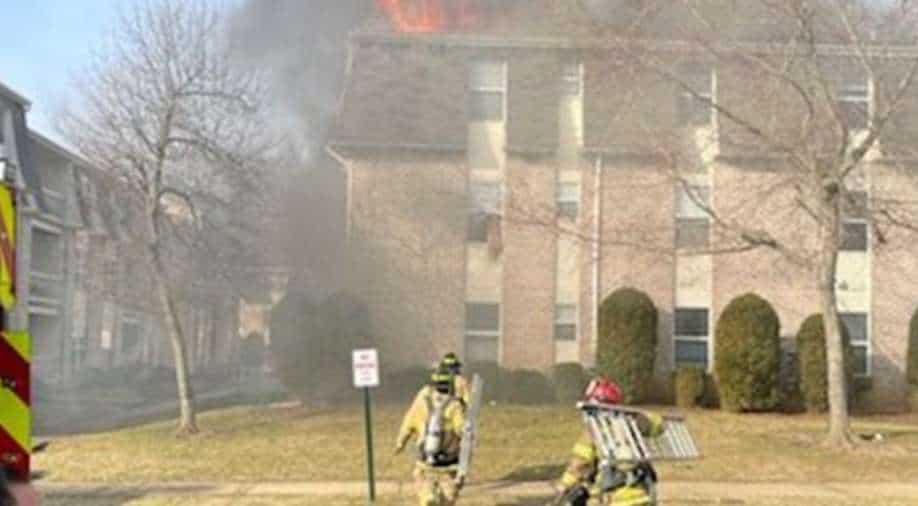 Dad throws son from the window to prevent him from burning building Photograph:( Twitter )

After tossing the toddler, the dad fell as he jumped out of the window. As per the police, both of them received minor injuries

A father had to throw his toddler son out of a second-story window after a fire broke out in their apartment building. As the fire intensified, officers urged the man to toss his son to them. The child was just 3 years old.

After tossing the toddler, the dad fell as he jumped out of the window. As per the police, both of them received minor injuries.

Monmouth junction fire Chief Scott Smith said that about 50 people were displaced by the fire. He added that it could have been worse.

"We were faced with extremely heavy fire conditions immediately on arrival, along with reports of people still inside," Smith said while speaking to FOX News.

"Fortunately, all of the occupants were able to escape the fire. If this fire was earlier in the morning when people may have still been asleep, the outcome could have easily been tragic."

A total of 50 people were displaced due to fire.