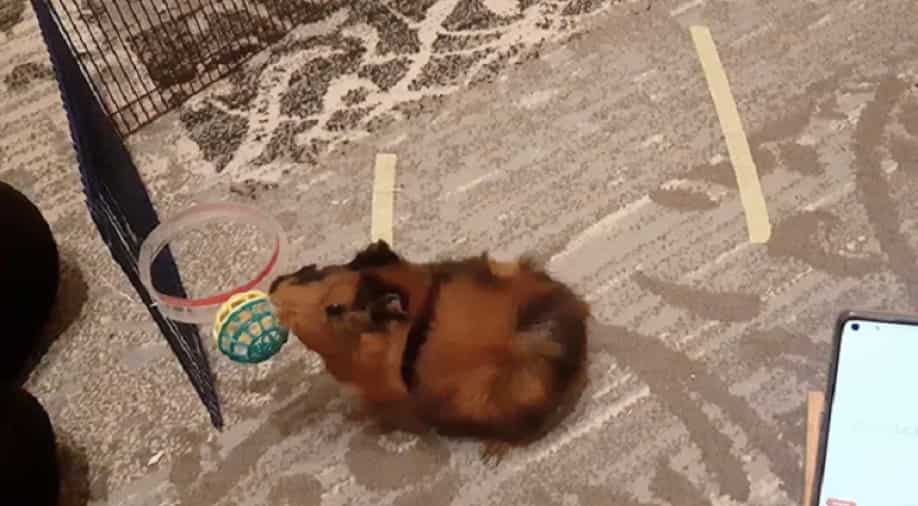 Molly hails from Hungary and the guinea pig currently holds the world record for doing “most basketball slam dunks in 30 seconds by a guinea pig”.

Guinea pigs are not known for their athleticism, but Molly has proven everyone wrong. Molly hails from Hungary and the guinea pig currently holds the world record for doing “most basketball slam dunks in 30 seconds by a guinea pig”. The guinea pig, who has a special interest in basketball, was able to put the basketball through a small hoop four times in just 30 seconds. Emma Muller, who is the owner for Molly, helped the guinea pig in its attempts and was the one who came up with the customised balls and hoop. It has her idea to make Molly attempt the world record and she said that on normal days, Molly was able to put the ball 7-8 times through the specially designed hoop.

The record was formally recognised by the Guinness Book of Records as they posted a video of Molly’s attempts on their official page. Muller explained that she wanted to stay Molly fit with the help of the basketball drills and that resulted in the guinea pig getting so good in the sport.

"Molly absolutely loves to play basketball," says her owner about Molly's passion for the sport.

This is not the final attempt for Molly as Muller said that they will be trying to attempt more records in the future. With Muller extremely confident that Molly will be able to make eight baskets in thirty seconds, the duo can also attempt to break the record for most basketball dunks by any animal in recent history.