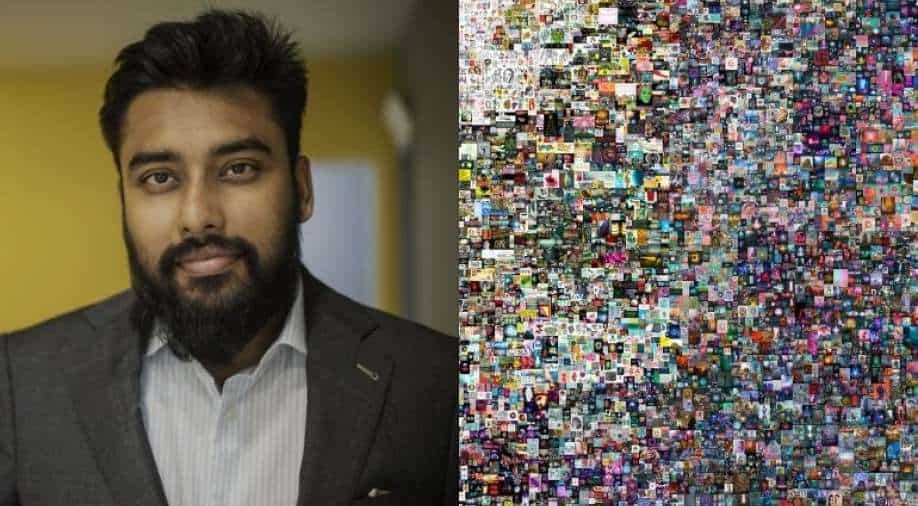 'Everydays: the First 5000 Days,' the world's most expensive NFT, was bought by Sundaresan at Christie's in March

An NFT is a digital asset that exists on a blockchain, a record of transactions kept on networked computers.

The blockchain serves as a public ledger, allowing anyone to verify the NFT's authenticity and who owns it.

So unlike most digital items which can be endlessly reproduced, each NFT has a unique digital signature, meaning it is one of a kind.

However, Sundaresan wants everybody to enjoy downloading “Everydays: the First 5000 Days” for free. It is the world's most expensive NFT.

When asked about property rights on NFTs, he said in an interview with Bloomberg, ''You try to have paywalls, you try to do so many things. But even those methods of having information or data inside walled gardens of any kind of security, they’ve not done very well on the internet.''

''If you have an NFT, I believe everyone gets to enjoy it. But you don’t need everyone to pay for it. There can be a few people who pay for this production, and they get a credit to have been part of this production. And that’s it,'' he added.

Traded since around 2017, NFTs surged in popularity in early 2021. Some attribute the frenzy to lockdowns forcing people to spend more time at home on the internet.

Like cryptocurrencies, NFTs are largely unregulated. Anybody can create and sell an NFT and there is no guarantee of its value. Losses can stack up if the hype dies down.

In a market where many participants use pseudonyms, fraud and scams are also a risk.