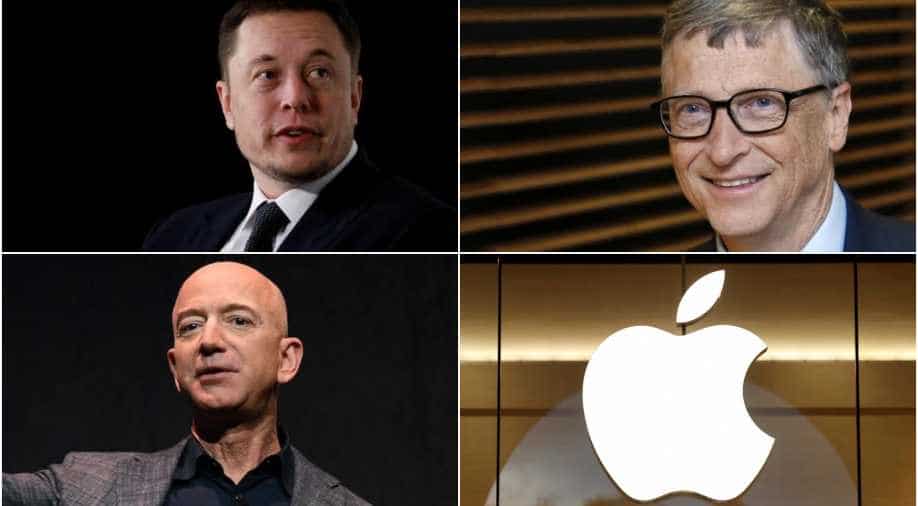 The list of accounts grew rapidly to include Joe Biden, Barack Obama, Uber, Microsoft co-founder Bill Gates, bitcoin specialty firms and many others.

The official Twitter accounts of Apple, Elon Musk, Jeff Bezos and others were hijacked on Wednesday by scammers in a massive hack -- who according to cyber police were trying to dupe people into sending cryptocurrency bitcoin.

"We are aware of a security incident impacting accounts on Twitter," the messaging service said in a tweet. "We are investigating and taking steps to fix it. We will update everyone shortly."

In response, Twitter locked down Biden campaign's hacked account quickly and removed the bogus tweet. The social media platform had disabled the ability to tweet from validated accounts, those with the official blue checkmarks.

The company silenced a few others of its highest-profile users too in response to the hours-long security incident. These Twitter users started to be able to send tweets again at around 8:30 pm EDT. A few of them will gradually gain access to posting tweets.

We have locked accounts that were compromised and will restore access to the original account owner only when we are certain we can do so securely.

Tough day for us at Twitter. We all feel terrible this happened.

We’re diagnosing and will share everything we can when we have a more complete understanding of exactly what happened.

💙 to our teammates working hard to make this right.

The site Blockchain.com, which monitors transactions made in cryptocurrencies, said a total of 12.58 bitcoins, worth almost $116,000, had been sent to the email addresses mentioned in the fraudulent tweets.

The posts, which were largely deleted, were fired off from the array of high-profile accounts telling people they had 30 minutes to send $1,000 in bitcoin in order to be sent back twice as much.

The tweet that appeared on Musk's Twitter feed said, "Happy Wednesday! I am giving back Bitcoin to all of my followers. I am doubling all payments sent to the Bitcoin address below. You send 0.1 BTC, I send 0.2 BTC back!"

It added that the offer was "only going on for 30 minutes."

The fake messages that appeared on the accounts of other famous personalities made similar promises of instant riches.

The scammers also hacked accounts belonging to rideshare heavyweight Uber, as well as those belonging to bitcoin trading companies.

The account of US President Donald Trump, which has more than 83 million followers, was not hacked.

A version of the scam invited people to click on a link at which they would be exploited.

Twitter has been target by hackers in the past as well. In March 2017, the accounts of Amnesty International, the French economics ministry and the BBC's North America service were broken into by hackers believed to have been loyal to Turkish President Recep Tayyip Erdogan.

Last August, a series of insulting or racist messages were posted on the personal account of Twitter founder Jack Dorsey without his knowledge.