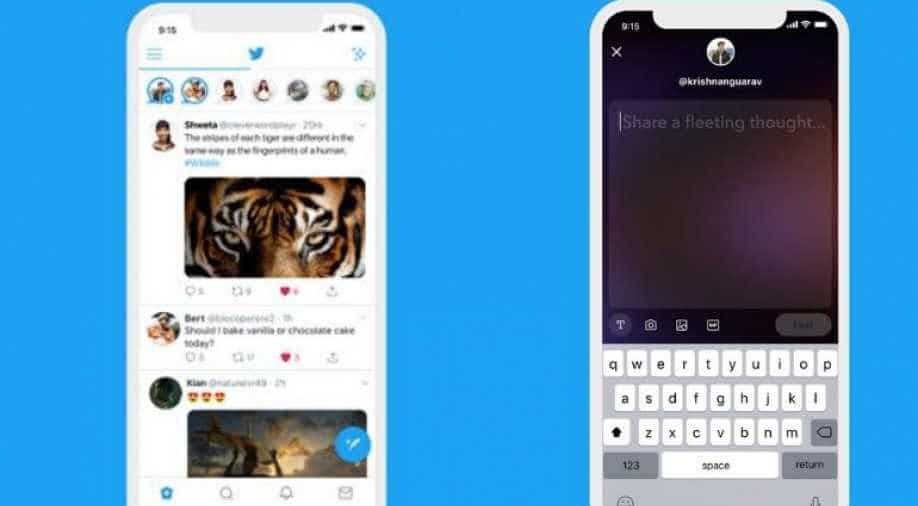 The social media platform Twitter is now launching the new feature of 'Fleets' worldwide, after successfully testing it in India, Brazil, Italy, and South Korea.

Twitter decided to launch the new feature in other countries after it was observed that the users were getting more comfortable with the platform with the help of Fleets. Joshua Harris, Twitter's Director of Design, said, "We've seen Fleets helped people feel more comfortable sharing personal and casual thoughts, opinions, and feelings."

The feature was launched in India in June 2020 and has seen an increase in the number of people engaging with the platform anecdotally. However, the utilisation of the feature itself has gone down in the interim. A reason behind this can be the lack of safety measures in the 'Fleet line'. The people who watch somebody's fleet through the fleet line can take a screenshot without the author being notified, and the author also does not have any way to find out who all have seen his/her fleet. Twitter is now working on getting these safety measures included in upcoming updates.

Meanwhile, the social media platform is also hoping to add stickers, more creator tools, and live broadcasting in the near future.

Harris also revealed that the company will shortly be launching a voice chatroom called Audio Spaces. This chatroom will be launched with the aim of creating a safer and more comfortable space for intimate conversations between the users, said Maya Patterson, a Product Designer at Twitter.

"Voice tweets allow people to share their thoughts, but we imagined a live audio space to communicate with one other person or small groups," Patterson said. "A space that feels very safe and intimate. We've used the metaphor of a well-hosted dinner party. You don't need to know everyone at the party to have a good time, but everyone should feel comfortable to sit at the table."

"Safety is critical and we need to get that right in order for people to leverage live audio spaces, so we're going to launch this first experiment to a very small group of people, who are disproportionately impacted by harm on the platform — women and people from marginalised communities — and the team is interested and the company is interested in hearing first from this group of people on their feedback on audio spaces," she said.