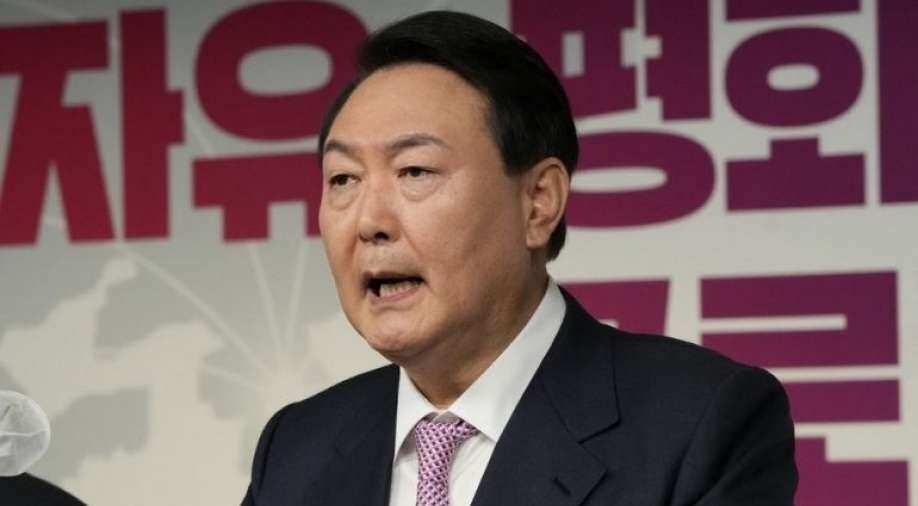 His team has created a digital avatar of the frontrunner and set "AI Yoon" loose on the campaign trail ahead of a March 9 election.

From a deepfake video of Barack Obama insulting Donald Trump to failed New York mayoral candidate Andrew Yang campaigning in the metaverse, AI technology has been used in elections before.

But AI Yoon's creators believe he is the world's first official deepfake candidate, a concept gaining traction in South Korea, which has the world's fastest average internet speeds.

With neatly-combed black hair and a smart suit, the avatar looks near-identical to the real South Korean candidate but uses salty language and meme-ready quips in a bid to engage younger voters who get their news online.

The former prosecutor general had earlier apologised over inaccuracies on his wife's resume when she applied for teaching jobs years ago, amid growing anger over what many voters see as politicians' hypocrisy.

Yoon Suk-yeol is the flag bearer of the main conservative opposition People Power Party and will face off against his challenger from the ruling Democratic Party, Lee Jae-myung.

Though a political novice, Yoon shot to fame as prosecutor-general for indicting Cho Kuk, a former justice minister and aide to President Moon Jae-in, over several charges including bribery and fraud in getting his daughter into university.

Going by opinion polls, the two leading candidates for South Korea's presidency have a big problem - their disapproval ratings are so high that the March 9 vote has been dubbed the "unlikeable election".

Started by pundits and popularised by the media, the name has stuck, and even the candidates shamefacedly acknowledge the ugly image they've helped create.

Voters wanting to hear what they will do about runaway property prices and the widening income inequality in Asia's fourth largest economy have been disappointed by election campaigns that have stooped to vicious personal attacks.

Public disillusion with the country's political class festered during the five-year term of the outgoing president, Moon Jae-in.