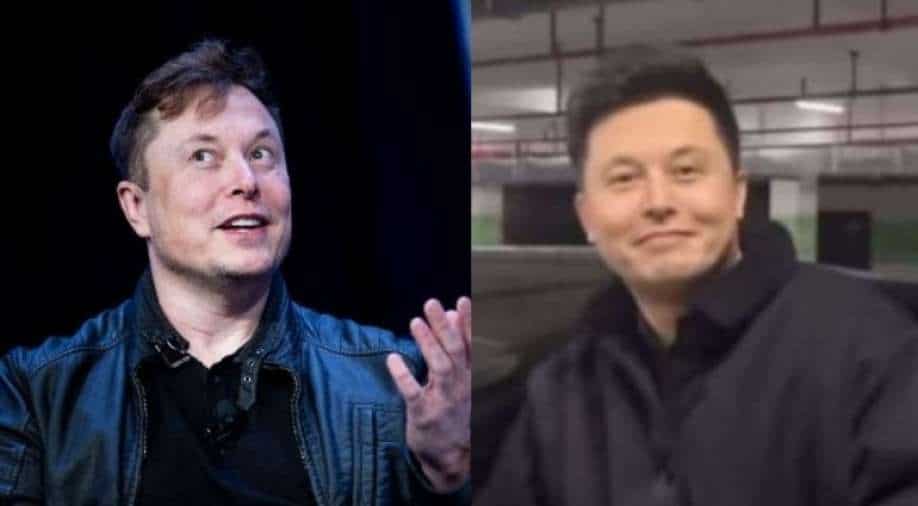 Tesla chief Elon Musk | The man featured in the TikTok Video Photograph:( Others )

A Tik-Tok video on social media shows a person who resembles Elon Musk.  The video has divided netizens who say it is an example of deepfake technology.

Tesla chief Elon Musk has hit the headlines once again but this time over however it is over the doppelganger of the SpaceX chief which has gone viral.

A Tik-Tok video on social media shows a person who resembles Elon Musk. The video has divided netizens who say it is an example of deepfake technology.

The 2021 'Person Of The Year' Elon Musk's doppelganger is going viral on social media...seriously, these pics will make you see double!

In the video, the "doppelganger" mimicks the Tesla chief. The video was also shared by a Chinese user on Facebook and it has gone viral racking up thousands of likes and shares.

However, many people have said the video is digitally altered since a subtle difference can be between the real Elon Musk and the person shown in the video.

These kinds of videos are not new, recently a deepfake video of Hollywood star Tom Cruise had gone viral.

Former US President Barack Obama and Mark Zuckerberg had also become victims of deep fake videos. In the Obama video, the former US president was heard using crass language against Trump which was identified as a deep fake video.