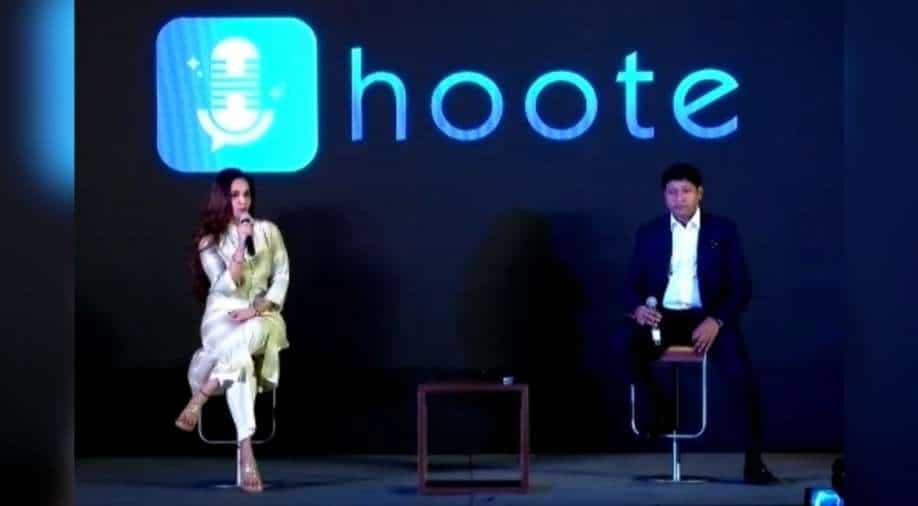 This made-in-India tech offering, available on both Android and iOS, is aimed at the English-speaking urban users and the rural audience, that might not be comfortable in using English-first social media apps.

A routine voice message that Soundarya Rajinikanth received from her cinema superstar father Rajinikanth, gave her the idea to launch Hoote, a voice-first social networking platform. Launching the Hoote mobile application in 15 native Indian languages, Co-Founders Soundarya Rajinikanth and entrepreneur Sunny Pokala said that Hoote was meant to enable users to share and broadcast their content, thoughts via a recorded 60-second voice clip. They see voice-based social media as a means to capture real emotion, nuance and context, as opposed to text-based social media.

This made-in-India tech offering, available on both Android and iOS, is aimed at the English-speaking urban users and the rural audience, that might not be comfortable in using English-first social media apps. It is also being touted as a means for politicians, celebrities, eminent professionals and industrialists to connect with a larger audience, via voice. The app’s name is inspired by the Owl’s call, which goes by the same name. White owls are said to be a symbol of wisdom, Soundarya added.

It was in December 2020, as Rajini was planning his political foray and acting in a film that he sent his daughter a voice message in Tamil, owing to his inability to write/message in the same language. Realizing the power of voice-based communication, Soundarya reached out to Sunny and started building Hoote in early 2021. “That(Rajini’s political foray) didn’t happen owing to circumstances, but this (Hoote) happened”, she says proudly.

Sharing his first 60-second voice clip on the App, Rajini said that Hoote provided an opportunity for even illiterate persons to easily share their thoughts to the world, via their own voice. As advisors to the founders, Girish Mathrubootham of Freshworks fame and Silicon Valley investor Arvind Parthasarathy shared their wishes and commended the idea of harnessing the power of voice.

According to the founders, Hoote users would be able to create and be a part of private and public groups, can share image and background music, along with their voice clips. Some of the upcoming features include availability in 10 International languages, pinned Hootes, accessing multiple profiles from a single device, adding background music to voice clips, privacy controls on who gets to hear a Hoote, subtitles for different languages, text and voice comments, the option to listen to audio teasers and trailers. They envision Hoote as an aggregator for voice content across genres and across languages.

When asked about the kind of user data that the app would collect and the revenue model (advertisement-driven or freemium), the founders told Zee Media that it would only collect basic information such as name, profession, contact information, at the time of signing up. “There is no charge and it is not monetized using advertisement revenue. We want to popularize the app”, they added.

On queries regarding how they planned to take on existing social media giants, the founders said that Hoote was not meant to be a director competitor. Hoote would also feature security measures to keep a tab on abusive content and allow users to report it and is compliant with all Indian laws, besides having stringent verification, the founders added.