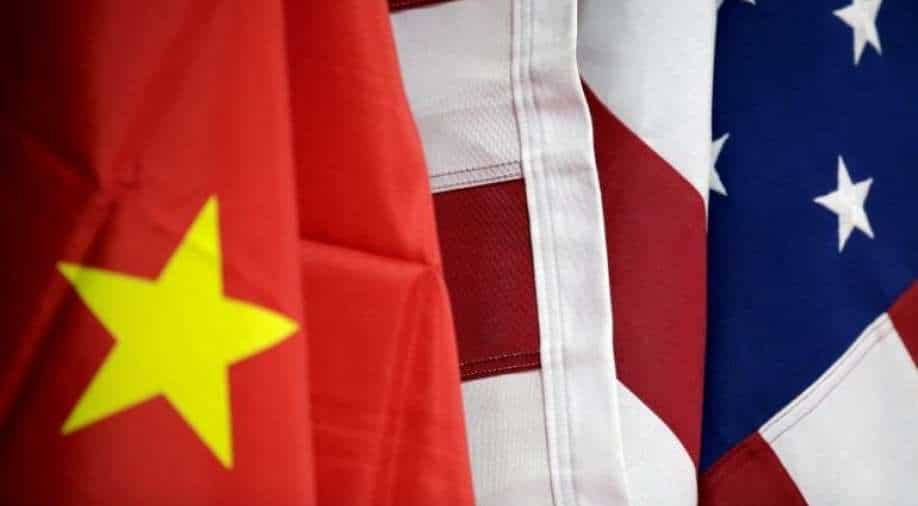 Flags of U.S. and China are displayed at American International Chamber of Commerce (AICC)'s booth during China International Fair for Trade in Services in Beijing, China, May 28, 2019 Photograph:( Reuters )

Lawmakers in the US are expected to back $1.9 billion in a bid to kick start a programme which would remove a lot of telecom network equipment from the country

Lawmakers in the US are expected to back $1.9 billion in a bid to kick start a programme which would remove a lot of telecom network equipment from the country.

On Sunday, Reuters reported that the government will replace infrastructure which it feels poses risks to American national sovereignty. This will be provisioned along with the year-end spending bill, and a COVID-19 bill.

In addition, Americans will back $3.2 billion for benefit in terms of broadband especially for low-income Americans.

In June, the Federal Communications Commissions claimed that it had formally designated Huawei Technologies Co, and ZTE Corp - both from China - as threats.

Since then, US firms have been disallowed from purchasing Chinese equipment.

Earlier in December, the FCC has finalised rules that require carriers with Huawei and/or ZTE equipment to “rip and replace” all paraphernalia in place, but no funding from US Congress has been green lit so far.

Huawei has responded to the decision, saying it was disappointed in the decision “to force removal of our products from telecommunications networks. This overreach puts US citizens at risk in the largely underserved rural areas – during a pandemic - when reliable communication is essential."

A source told Reuters that the bill "establishes a temporary, emergency broadband benefit program at the FCC to help low-income Americans, including those economically challenged by the COVID-19 pandemic, get connected or remain connected to broadband”.

To ensure connectivity is not affected, the programme will also provide $50 per month to households to ensure that they are able to afford broadband service and an device with internet capability.

The bill, which is currently in drafting phases, will include $285 million set aside for minority connectivity development, and to establish an Office of Minority Broadband Initiatives at the National Telecommunications and Information Administration (NTIA).