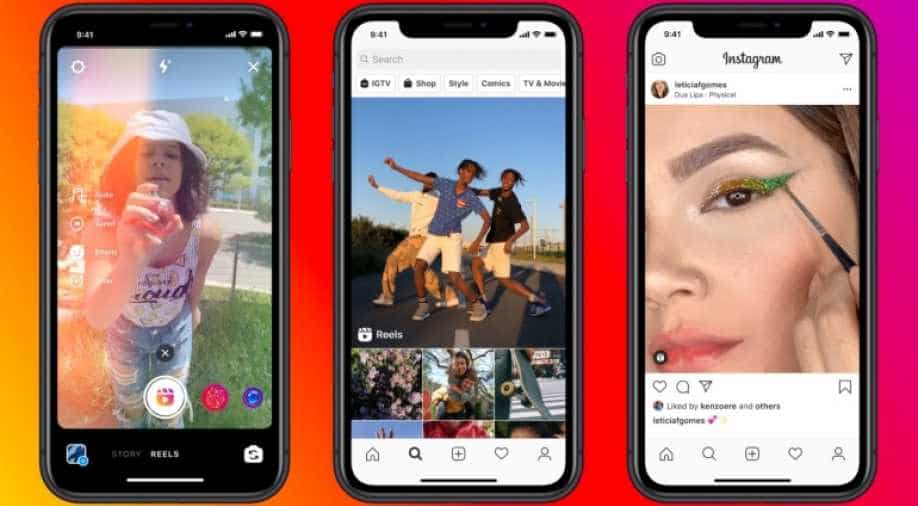 The app will allow users to create videos with popular songs, but with a cap of 15 seconds on it

Instagram on Wednesday launched its new video-music feature called Reels in India. On first usage, it feels a lot like TikTok and offers similar functionalities, and can be accessed by swiping right on the home screen, similar to adding "stories".

The app will allow users to create videos with popular songs, but with a cap of 15 seconds on it. According to Instagram, this restriction is owing to the realisation that  45 per cent of clips on Instagram are indeed 15 seconds or lesser in length.

Reels is embedded into the Instagram app, where one can access it from the tab where the Boomerang feature and others are located. You can also manage the speed, effects, and timer corresponding to your clips.

Additionally, Reels may be shared with anybody and will show up on th e”explore” section. Users are also given AR functionality, which can be accessed from the ”effects” tab.

Just like TikTok, others may be allowed to use your audio to create similar videos. This option is called “Use Audio”.

A Facebook spokesperson described Reels as a “fun, creative way for people to both express themselves and be entertained”.

TikTok, along with 58 other Chinese apps was recently banned in India to protect the country’s “sovereignty” and “security”, a government release said. Many local apps have spurred up in the void left behind by TikTok. Zee recently announced HiPi, an app based on the same model

This marks the first release by a mega-corporation trying to cash in on the ban enforced by India in the wake of anti-China sentiment in the country. Instagram could further capitalise on this globally if the world follows India’s suit. US Secretary of State Mike Pompeo recently announced that they are reviewing the app and may ban it if proven to be a security threat.

An Australian senator also recently referred to TikTok as a data theft app which provides data to the Chinese government. Reels was first launched in Brazil, and was recently released in France and Germany.