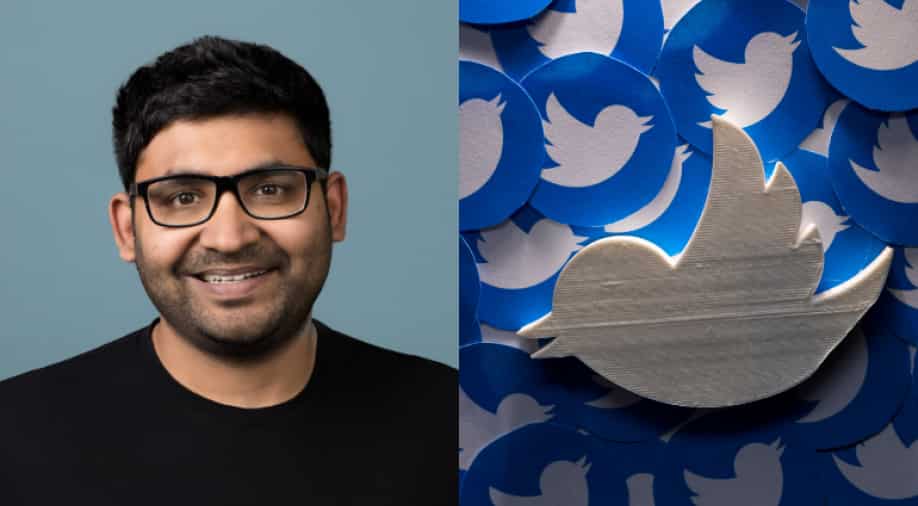 In this combination of file photos, Parag Agrawal and Twitter logo can be seen. Photograph:( Agencies )

Agrawal, who is succeeding Jack Dorsey as the head of Twitter, has replaced Beykpour with Facebook's former director Jay Sullivan

He sent an email to the entire staff of Twitter saying it is critical to have the right leaders and assured the existing employees that the company is not planning any layoffs.

Agrawal, who is succeeding Jack Dorsey as the head of Twitter, has replaced Beykpour with Facebook's former director Jay Sullivan.

''The priorities and decisions we make now will not only bolster how we navigate through this time but also for the longer-term success of Twitter which I care about deeply,'' The Verge quoted Agrawal's email.

''Some changes are happening to us and some we will drive. A number of these changes are difficult but they are right for Twitter and its future,'' he added.

The big shakeups come as Twitter is preparing for acquisition by billionaire Elon Musk who had offered a $43 million cash deal to the company.

In response to Parag's email, Beykpour took to Twitter to express his disappointment regarding the decision.

''The truth is that this isn’t how and when I imagined leaving Twitter, and this wasn’t my decision. Parag asked me to leave after letting me know that he wants to take the team in a different direction,'' he said in a tweet.

While I’m disappointed, I take solace in a few things: I am INSANELY proud of what our collective team achieved over the last few years, and my own contribution to this journey.

Although Agrawal had previously called Musk a genius which Twitter needed, several tech experts have said the Tesla chief can get rid of Parag when he takes over the company.