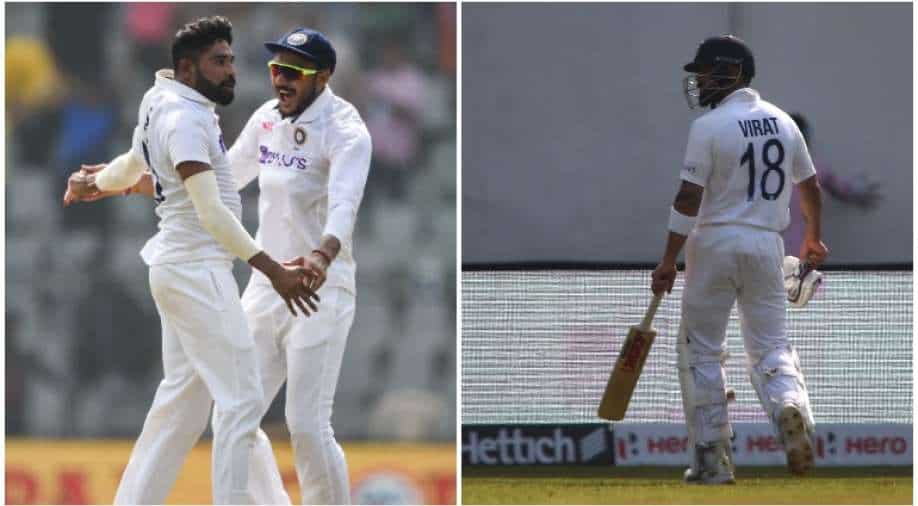 Virat Kohli stepped down as the Indian Test captain on January 15. Md Siraj shared a heartfelt post for the outgoing skipper. Here's what he wrote:

In the past few months, a lot has changed in Indian cricket -- especially in the senior men's team. Virat Kohli announced, in mid-September 2021, that the T20 World Cup will be his last assignment as skipper in the shortest format. In early December, he was sacked as the ODI captain as the national selectors wanted a single captain for the white-ball formats.

Since then, several former cricketers, experts of the game and his current teammates have wished Kohli all the best for his future -- as he will now represent India solely as a player in all formats -- and lauded his overall leadership tenure.

ALSO READ | Irrespective of what Kohli says or what Ganguly tweets, it's battle of two stalwarts, says ex-Pakistan captain

Taking to Instagram, pacer Mohammed Siraj also shared a heartfelt post for outgoing skipper Kohli. Under Kohli, Siraj has improved leaps and bounds by climbing up the ladder and honing his skills across formats. It is to be noted that Kohli has captained Siraj in the IPL as well, till the 2021 edition, for the Royal Challengers Bangalore (RCB). Siraj wrote, "To my superhero, I cannot be thankful enough for the support and the encouragement that I got from you. You have always been my great brother. Thank you for trusting me and believing in me for all these years. For seeing the great at my worst. You will be always be my captain King Kohli."

ALSO READ | I am not here to give a judgment: Jasprit Bumrah reacts to Virat Kohli quitting as Test captain

Coming to captaincy, Rohit Sharma has already succeeded Kohli as the limited-overs captain and is touted to be his successor in the red-ball format as well. The other candidates in the frame are KL Rahul, Jasprit Bumrah, Rishabh Pant.

For now, India are gearing up for the three-match ODI series, in the rainbow nation, which gets underway on January 19 at Paarl. Rahul will lead the Kohli-starrer Team India with Rohit ruled out due to hamstring injury.