'You did all the celebration for me': Mohammed Shami on Virat Kohli's animated send offs 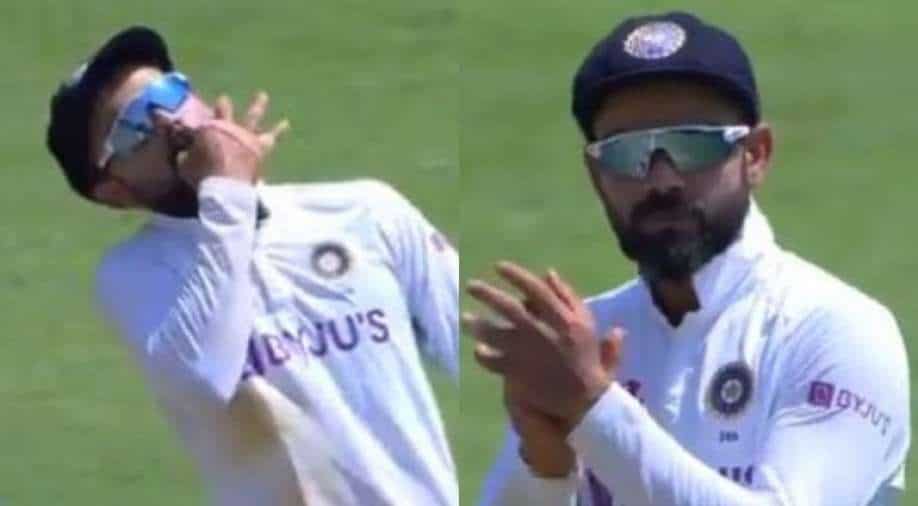 Virat Kohli has given fiery sendoff to several top batsmen across the world.

Virat Kohli's celebrations after the opposition's wickets fall are known to all. The Indian skipper has given some fiery send-offs to some of the top batsmen around the world. Indian pacer Mohammed Shami explained the reason why Virat Kohli celebrates wickets more than the bowlers.

In an interview with India TV, Shami revealed a banter with Virat Kohli whenever a picture of him celebrating goes viral on social media.

"Fast bowlers are very aggressive, both old and new. But the one player who could probably emulate their aggression is our own captain! Sometimes, when a picture of Virat's celebration of a wicket goes viral on social media, I funnily ask him, ‘Was it my wicket or yours?’ He celebrates more than the bowlers! Sometimes he points out that you don't look too happy with the wicket, so I simply tell him, ‘You did all the celebration for me!’” Shame mentioned.

Virat Kohli has given fiery sendoff to several top batsmen across the world.

“But it is important to have fun on the field. Virat shows aggression, obviously, but as a unit, he has led the team brilliantly so far. In addition, he is a very aggressive batsman too,” Shami said.

Virat and Co. are all set to clash with New Zealand for the inaugural World Test Championship finals.