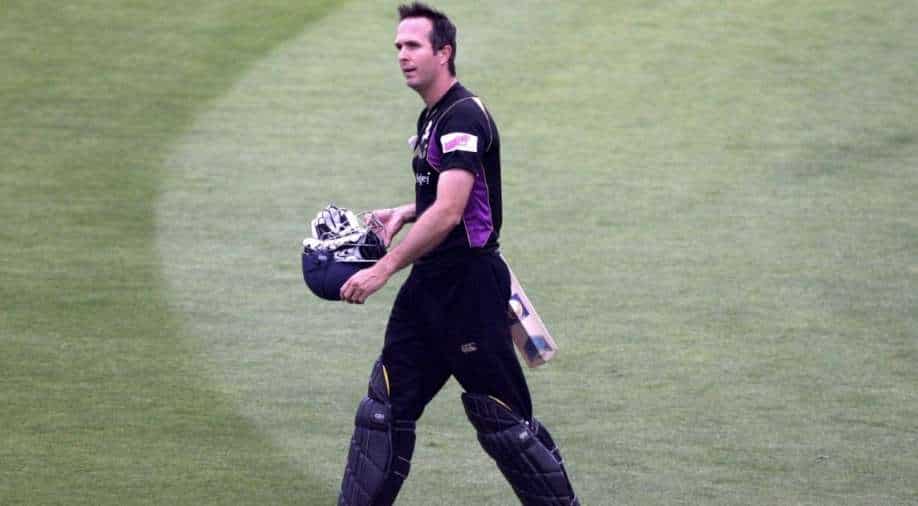 Recently, Vaughan told the BBC that he apologises to ex-team-mate Rafiq if he was 'responsible' for any of his hurt

One of the prominent broadcasters of the United Kingdom, BBC, is expecting to work again with the former England captain Michael Vaughan, who was named in the racism scandal that has engulfed the Yorkshire County Cricket Club.

Former Yorkshire player Azeem Rafiq made serious allegations of "institutional racism" and bullying against the English county and accused the 47-year-old Vaughan of telling a group of Asian players, including Rafiq, in 2009 that "too many of you lot, we need to do something about it".

The former cricketer denied saying those words but in the aftermath, he was dropped from his BBC Radio 5 Live show from their broadcasting team for Ashes series in Australia. In a turn of events, BBC informed that Vaughan "remains on contract" with the organisation and they "expect to work" with him in future.

IN PICS | From Michael Vaughan to Alex Hales: List of high-profile players named by Azeem Rafiq in Yorkshire racism row

A BBC statement read: "We're in regular contact with Michael. [We] have had positive conversations with him in recent days."

On Saturday, Vaughan told the BBC that he apologises to his accuser ex-team-mate Rafiq if he was "responsible for any of his hurt".

Vaughan, who captained England in Tests between 2003 and 2008 and played his entire domestic career at Yorkshire from 1993 to 2009, was distraught for Rafiq.

"It hurts deeply, hurts me that a player has gone through so much be treated so badly at the club that I love," Vaughan said.

"I have to take some responsibility for that because I played for Yorkshire County Cricket Club for 18 years and if in any way shape or form I'm responsible for any of his hurt, I apologise for that," he added.

Vaughan said he felt proud about Asians playing for the club. "I just remember it clearly that I was proud as punch that we had four Asian players representing Yorkshire County Cricket Club," he said.

"Nothing but a proud, senior, old pro just about to retire and absolutely delighted that Yorkshire had come so far in my time at the club."