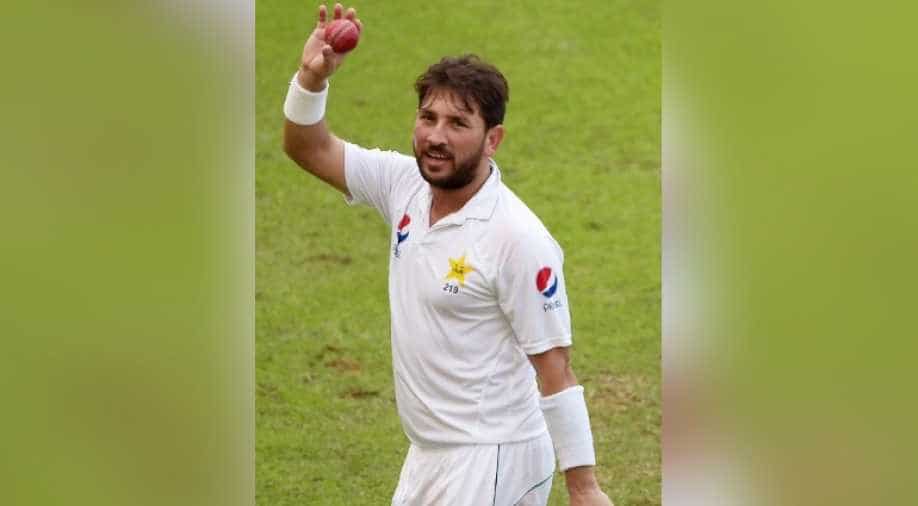 Yasir's bowling figures - his 15th five-wicket haul - beat his previous best of 7-76 against Sri Lanka at Galle in 2015 and also the best against New Zealand.

The best bowling figures, a ten-wicket haul in an innings, is every bowler's dream in Test cricket, but taking ten wickets in one day has also the magnitude to define the strength of a bowler.

A similar dreamy spell was delivered on a pleasant day in Dubai when Pakistani bowler Yasir Shah took a career-best eight-wicket haul in one innings and a total of 10 wickets in a one day while playing against New Zealand in the second Test of the three-match Test series.

With an extraordinary performance, the leg-spinner put bright smiles on Pakistani fans present at Dubai International Cricket Stadium on a gloomy day that began with rain and ended with darkness.

After achieving the feat he became the first bowler since Anil Kumble, in 1999, to take ten wickets in a day.

Yasir's 15th five-wicket haul - beat his previous best of 7-76 against Sri Lanka at Galle in 2015 and also the best against New Zealand.

Shah, who is regarded as one of the best spinners in modern cricket by Shane Warne, is known for his leg spinners, flippers and googlies.

A specialist leg break spin bowler was born in Swabi in Khyber Pakhtunkhwa in 1986.

The 32-year-old made his Test debut for Pakistan against Australia in the United Arab Emirates on 22 October 2014 and played his first one-day match against Zimbabwe in 2011.

In January 2015 he was selected in Pakistan's squad for the ICC Cricket World Cup 2015 and made his World Cup debut against arch-rivals India on 15 February 2015.

He also served a three-month ban for taking a banned substance, despite all the ordeals, Shah delivered several remarkable spells giving Pakistan a great leg-spin option.