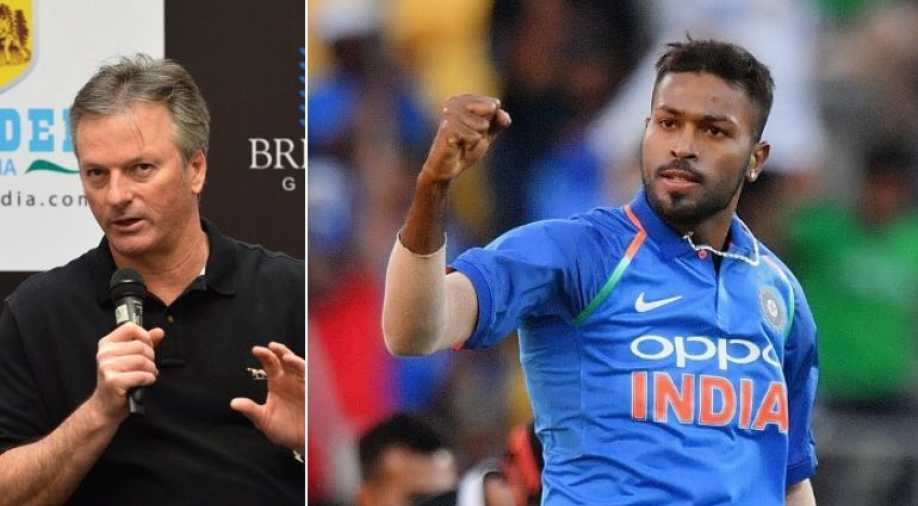 The damaging stroke play by Pandya, who hit four fours and three sixes, reminded Waugh of Klusener's fireworks in the 1999 World Cup

"...It's the innings of Hardik Pandya that will send shivers down opposition spines. This guy might just be the equivalent of Lance Klusener in the 1999 World Cup. He has the ability to begin his innings like most finish, with clean hitting that no opposing captain can protect," Waugh wrote in his column for the ICC's official website.

The damaging stroke play by Pandya, who hit four fours and three sixes, reminded Waugh of Klusener's fireworks in the 1999 World Cup.

Klusener was player of the tournament 20 years ago in England for his destructive lower-order hitting that netted 281 runs at a strike rate of 122.17, a phenomenal tally in the pre-T20 days of 1999.

"When they (India) get off to solid opening partnership, as they did against Australia, they then have the luxury of seeing Virat Kohli orchestrate the remainder of the innings," Waugh wrote.

Praising veteran Mahendra Singh Dhoni who hit a 14-ball 27, Waugh said, "The cunning and sheer brilliance of MS Dhoni rarely fails to deliver and again he timed his assault on Australia to post a 350 plus target. ''

Steve Waugh also lauded Indian skipper Virat Kohli for "calming down" the crowd which booed Steve Smith in their World Cup clash in London, calling the gesture a "class act".

Waugh, one of the toughest and most successful captains of all time, said he was impressed by Kohli's action of asking the crowd to not boo Smith, who is continuing to cope the fans' ire after returning from a one-year ban for ball-tampering.

"Leadership reveals itself in many forms but I thought Virat Kohli's gesture in calming down the rough reception given to Steve Smith from the Indian spectators was a class act that calmed a volatile situation," Waugh, who led Australia to World Cup title in 1999, wrote for the ICC.

During the clash with India, which Australia lost by 36 runs, the Indian fans booed Smith and chanted "cheater, cheater" when the defending champions were fielding.

Kohli urged them to calm down and instead cheer his batting.

Waugh said India's 36-run victory in the high-pressure World Cup clash will provide them with enormous confidence as they move forward in this tournament.