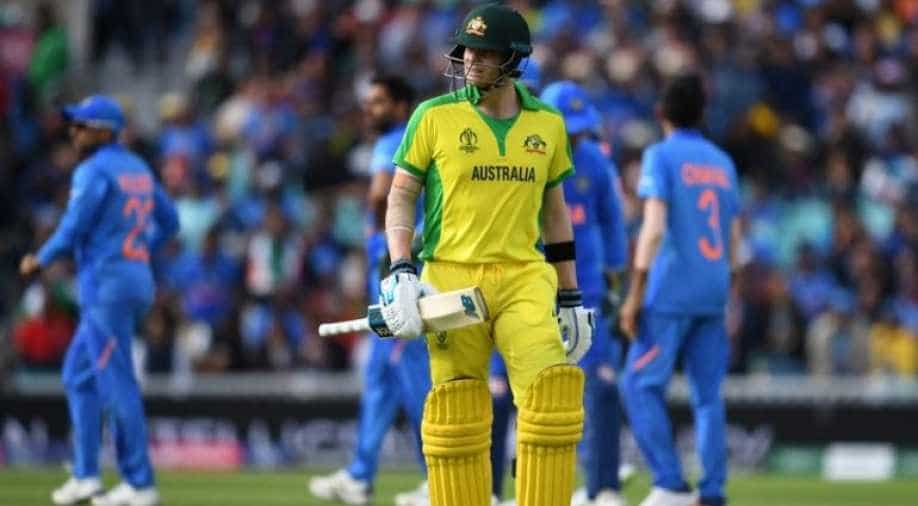 Former Australian skipper Steve Smith was subjected to audible boos, jeers and chants of "cheat" from a group of Indian fans during India vs Australia World Cup match on June 9.

Steve Smith and David Warner, recently completed bans for ball-tampering, have been given a hostile reception by the crowd in England.

However, in the match against India, Indian skipper Virat Kohli showed his true sportsmanship spirit when he gestured towards a section of the Indian fans to stop booing at Smith and cheer for him instead.

Virat's act was appreciated by Smith, who came up to him, shook his hand and patted him on the back during the drinks break.

In the post-match press conference, Virat said, "He (Smith) was just standing there, and I felt bad because if I was in a position where something had happened with me and I had apologised, I accepted it and I came back and still I would get booed, I wouldn't like it, either."

For Kohli, if someone has shown repentance then others should let go of the baggage and move on.

With India fans giving Steve Smith a tough time fielding in the deep, @imVkohli suggested they applaud the Australian instead.

"Look, I think what's happened has happened like long back, the guy is back. He's trying to play well for his side.

"Even in the IPL, I saw him, it's not good to see someone down like that, to be honest," Kohli said.

Kohli acknowledged the differences he has had with Smith in the past.

"We've had a few arguments on the field. But you don't want to see a guy feeling that heat every time he goes out to play.

"What's happened has happened. Everyone has known that. He's come back. He's worked hard. He's playing well for his side now," the skipper said.