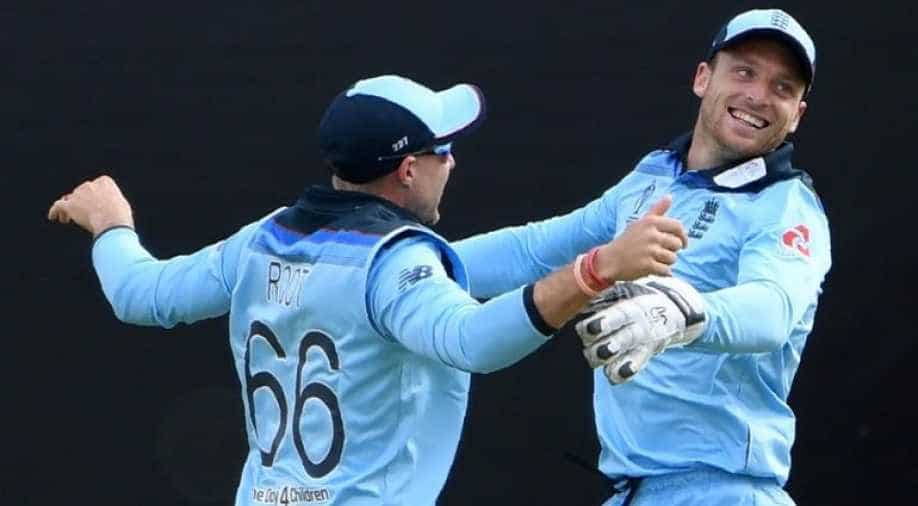 For his brilliant efforts, Bairstow got Man of the Match award

England defeated India by 31 runs in a must-win clash to keep their semi-final hopes alive in the Cricket World Cup 2019.

After opting to bat first under a slightly overcast Birmingham sky, Eoin Morgan-led side set 338-run target for India at Edgbaston on Sunday.

Chasing the same, India scored 306 runs in their allotted 50 overs.

This is the first time England defeated India in the World Cup since 1992.

KL Rahul departed without even opening his account but the other opener Rohit Sharma smashed a brilliant century before losing his wicket to Chris Woakes.

Debutant Rishabh Pant looked nervous with his bat in the beginning but scored 32 runs before losing his wicket to Liam Plunkett.

Earlier, Jonny Bairstow smashed a belligerent 111 and Jason Roy returned from a hamstring injury to feature in the tournament's highest opening stand and power England to a commanding total.

For his brilliant efforts, Bairstow got Man of the Match award.

Bairstow nearly deflected a couple of inside edges on to the stump and Roy got a caught-behind reprieve on 21 when he gloved Hardik Pandya.

The umpire, however, declared it wide and the Indians deliberated for a while before deciding against reviewing the decision.

Here's how the #CWC19 table looks after today's result 👀

Remarkably, none of India, New Zealand, England, Bangladesh, or Pakistan have qualified for the semi-finals, but all have their fate in their own hands!

Who do you think will end in the top four? pic.twitter.com/DM3sHRLoA3

England reached the 150-run mark in the 21st over and it took a stunning catch by substitute fielder Ravindra Jadeja in the deep to send back Roy for 66.

Bairstow brought up his eighth ODI century off 90 balls, celebrating by dropping his helmet, stretching out his arms and soaking in the applause.

Mohammed Shami (5-69), who bowled well without luck in the morning, returned to end Bairstow's 109-ball blitz which included six sixes and 10 boundaries.

India stemmed the run flow in the 30-40 over period but Ben Stokes (79) provided the late assault to help England get close to the 350 mark.