'Good to be back,' says England's opener Jason Roy after returning from hamstring injury 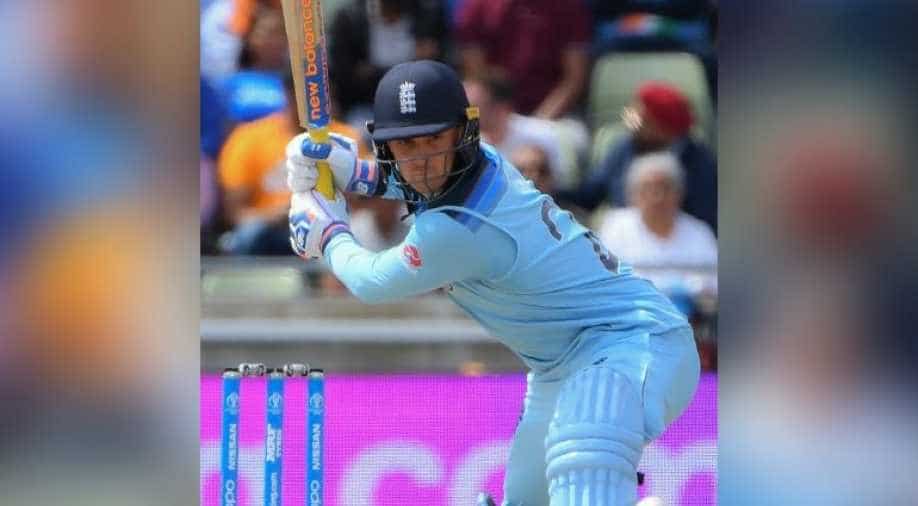 In the match against India, England posted 337/7 after opting to bat first under a slightly overcast Birmingham sky

England's opening batsman Jason Roy said that it is good to be back after he returned from hamstring injury to the starting line up to play against India at Edgbaston on Sunday.

Roy has missed the hosts' past three matches after suffering a hamstring tear in the field against the West Indies and his presence has been badly missed as England slumped to defeat against Sri Lanka and Australia.

In the match against India, England posted 337/7 after opting to bat first under a slightly overcast Birmingham sky.

"Good to be back out there. Spending time on the bench isn't great. Jonny (Bairstow) played extremely well. We have put a competitive score on the board... hope we can bowl well," said Jason Roy after the end of first innings.

Roy scored 66 runs off 57 balls in the match before losing his wicket to Kuldeep Yadav when Ravindra Jadeja took a stunning catch to dismiss him.

"I ran well between the wickets (the injury wasn't an issue). I kept it at about 80%, which is the target from the doctor. so I feel good."

"We got a good start, we didn't want to put a target on us. We just wanted to bat positively. We are pretty happy with 337. With the sort of bowling attack we have we should be alright. Fingers crossed," Roy added.