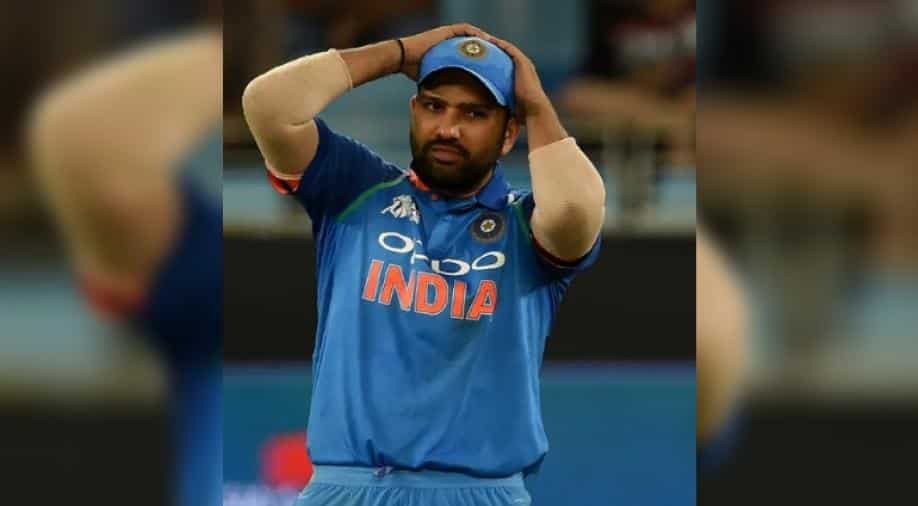 India folded for 139 in 19.2 overs collapsing to their worst-ever defeat by 80 runs in the first T20 international.

India skipper Rohit Sharma Wednesday said that a line-up with eight specialist batsmen should have chased down the 220-run target set by New Zealand, however steep it might have looked for a T20 match.

India folded for 139 in 19.2 overs collapsing to their worst-ever defeat by 80 runs in the first T20 international.

"It was a tough game. We were outplayed in all three departments. We didn't start well and we knew that 200 wasn't going to be an easy chase," Rohit said after the match.

"We have chased such (big) targets in the past and that is why we played with eight batsmen. But we didn't have (even) small partnerships and that made it tougher. New Zealand though played well, they had partnerships. We need to go to Auckland, have a look at the conditions and take it from there," he added.

Outplayed 1-4 by India in the five-match ODI series, Black Caps skipper Kane Williamson was happy to finally see his team produce a "complete performance" in the first T20I.

"Fantastic performance all around, everyone rose and it was one of those complete performances that you search for. The top-order were superb and we built partnerships that helped us," Williamson said.

"But it has finished now, we move on in a day's time and we have another game. Hope we can keep the momentum through the series having set the tone."

Opening duo of Tim Seifert (84) and Colin Munro (34) shared a 86-run opening partnership to lay the foundation for New Zealand's total before the bowlers returned to complete the job.

"Seifert and Munro were outstanding. It really was a good experience for the boys. Some of the short contributions were of great importance. Daryll bowled really well and played a good cameo down the order. We had the runs on the board, but the bowling and fielding too was of high standard," Williamson said.

Seifert, who was adjudged the 'Man of the Match' for his 43-ball 84, said he was happy to live up to the expectations after his selection in the team.

"It was a great way to start the series and the boys are really happy. It feels great to go up the order. I had a look at the first two overs and then took it from there and put pressure on the bowlers," he said.

"I have been selected for a reason and it feels nice to have backed my ability," he said when asked about his big-hitting prowess.

India will play New Zealand in the second T20I at Auckland's Eden Park on Friday.