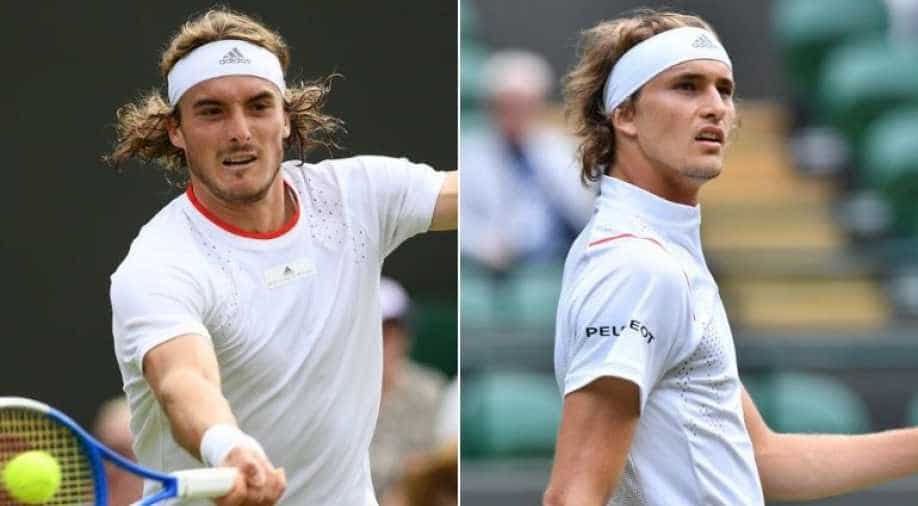 'I wouldn't actually deserve the victory today even if I would have won because I didn't play well,' Tsitsipas said

Young guns Stefanos Tsitsipas and Alexander Zverev suffered shock first-round defeats at Wimbledon on Monday as the sixth and seventh seeds were bundled out within an hour of each other.

Greek Tsitsipas entered the tournament tipped as the man most likely to challenge the authority of the big three but was beaten 6-4, 3-6, 6-4, 6-7(8), 6-3 by 89th-ranked Italian Thomas Fabbiano who produced an inspired display on Court Two.

Tsitsipas saved two match points in the fourth-set tiebreak but Fabbiano was relentless and when he broke in the seventh game of the decider with a cruel net cord, it was clear it was not going to be Tsitsipas's day.

"I wouldn't actually deserve the victory today even if I would have won because I didn't play well," the 20-year-old, who reached this year's Australian Open semi-final after beating Roger Federer, told reporters.

He found himself in good company through the exit door though as Germany's Zverev ran into Czech qualifier Jiri Vesely and was also sent packing, losing 4-6, 6-3, 6-2, 7-5.

The 22-year-old seemed on course for victory when he won the first set but the powerfully-built Vesely roared back.

Zverev, coached by Ivan Lendl, slipped when serving at 5-6, 15-30 in the fourth set, handing his opponent two match points, and netted a backhand volley to seal his fate.

"It was kind of a typical Grand Slam match for me. I started off well, then one or two things don't go my way, and everything kind of a little bit falls apart," he said.