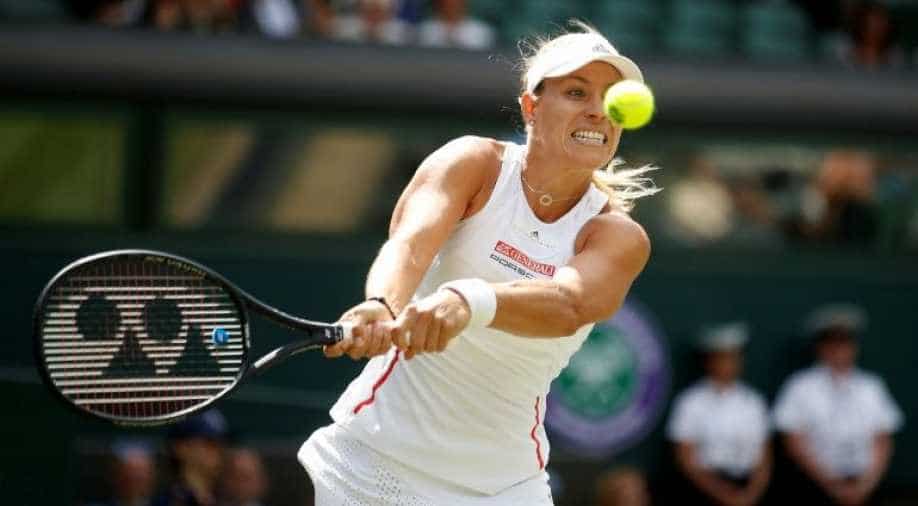 Maria's combination of slice and guile, rare on a circuit dominated by big-hitting power players, frustrated Kerber, especially in the first set

Defending champion Angelique Kerber needed to call upon all her cunning and experience to navigate her way 6-4, 6-3 through an awkward first-round encounter at Wimbledon with German compatriot Tatjana Maria on Tuesday.

The three-time Grand Slam champion has enjoyed mixed fortunes since beating Serena Williams in the final last year, dropping to fifth in the standings, and went out in the first round of the French Open last month.

It was with some nervous tension that she stepped out on Centre Court, opening the action on the second day of the tournament in a traditional fashion as the women's champion.

Maria's combination of slice and guile, rare on a circuit dominated by big-hitting power players, frustrated Kerber, especially in the first set.

"She's playing tricky on grass," Kerber said straight after leaving the court. "I was hoping to stay in the match because you never know what's going to happen with her. She really plays tricky with the slice on both sides."

The players exchanged breaks throughout the match and Kerber thumped shots long and into the net as she came to terms with her 65th-ranked opponent's subtler delivery, producing 12 unforced errors in the first set and 19 overall.

But the left-hander was able to match Maria's all-court game when it mattered, winning the first set with a perfectly judged lob, off-balance and on the run.

The pair served up skilled and entertaining tennis in the second set, Maria drawing gasps of admiration from the crowd for speed and deftness at the net.

Not to be left out, Kerber produced a running shot through her legs and, to earn match point, a smash from the baseline.

She finished the match with a thumping forehand that Maria could not handle.

The pair, at 31 of the same generation of German tennis players, embraced warmly at the net.

Kerber, with 29, has won more grasscourt matches than any other woman on the circuit over the last four years and last week reached the final of the Eastbourne tournament where she lost to powerful hitter Karolina Pliskova.

She will play 96th-ranked Lauren Davis of the United States in the second round.