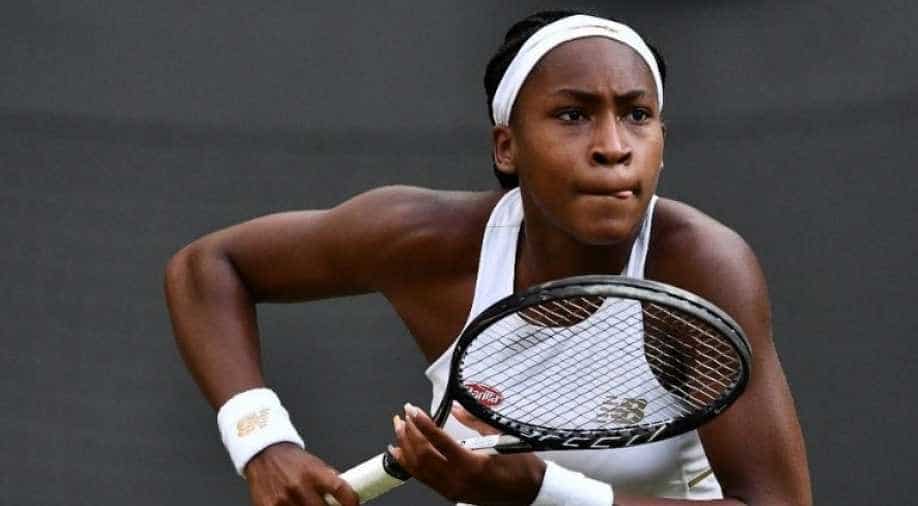 Gauff played like a seasoned performer as she clinically beat Venus Williams 6-4, 6-4 to earn a standing ovation from an enchanted Court One crowd

American 15-year-old Cori Gauff stole the show on the opening day of Wimbledon with a debut victory over five-time champion and her inspiration Venus Williams.

Gauff, the youngest woman ever to survive the qualifying tournament, played like a seasoned performer as she clinically beat the 39-year-old great 6-4, 6-4 to earn a standing ovation from an enchanted Court One crowd.

"I wouldn't say I didn't expect to win the match. I knew that I was going to go out there and play the way I play," Gauff, who claimed victory on her fourth match point, told reporters.

"I wasn't surprised that I won. I mean, I was just overwhelmed at the end," Gauff said.

Her victory put everything else in the shade on an opening day full of shocks in both draws.

World number two and second seed Naomi Osaka lost 7-6(4), 6-2 to dangerous Kazakh Yulia Putintseva who had also got the better of her in their recent match in Birmingham - a defeat that effectively cost Osaka the number one ranking.

US Open and Australian Open champion Osaka appeared close to tears when she spoke to the media later.

French Open runner-up Marketa Vondrousova, the 16th seed, also bowed out but former world number ones Karolina Pliskova, Caroline Wozniacki, Simona Halep and Victoria Azarenka all made it safely through to the second round.

Men's defending champion Novak Djokovic was untroubled as he began his quest for a fifth Wimbledon crown that would take him level on the all-time list with Swedish great Bjorn Borg.

It was a bad day for two of the young guns expected to lead the new generation into a brave new era, however.

"He was just better than me today. I think the way I played, it should have been in three, not five. I don't know how I got to five. I guess with my fighting spirit, somehow I managed to win those two sets," he said.

Croatia's 40-year-old Ivo Karlovic, one of 47 men aged 30 or over in the men's singles, became the oldest man to play a first-round match in the Wimbledon singles since Ken Rosewall in 1975.

The giant Croat served 20 aces as he beat Andrea Arnaboldi in straight sets and will meet Fabbiano next.