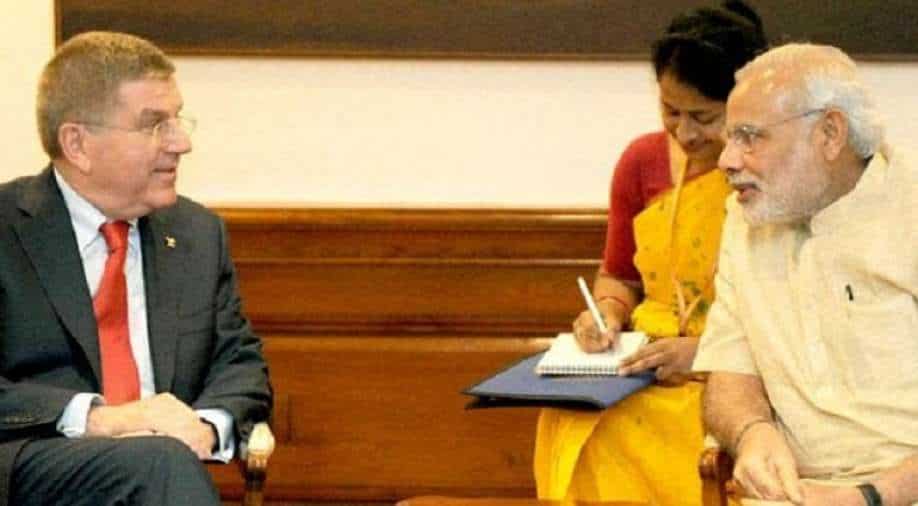 Prime Minister Narendra Modi is delighted that India has won the bid to host the 2023 International Olympic Committee (IOC) session as he took to his social media handle on Saturday to put up a post.

Prime Minister Narendra Modi on Saturday expressed happiness after India won the right to host the 2023 International Olympic Committee's (IOC) session in Mumbai in an unopposed race, during the 139th IOC Session in Beijing, China.

Taking to their Twitter, the Prime Minister Office of India wrote, "It is gladdening to note that India has been chosen to host the 2023 International Olympic Committee Session. I am confident this will be a memorable IOC session and will lead to positive outcomes for world sports."

The decision confirms India will be hosting this prestigious IOC meeting for the first time since 1983, in what is set to be the start of a new era of engagement between India's youthful population and the Olympic Movement.

The session, to be held in the summer of 2023, will be hosted at Jio World Convention Centre in Mumbai.

An IOC session is the annual meeting of the members of the IOC, comprising 101 voting members and 45 honorary members.

It discusses and decides on the key activities of the global Olympics movement including adoption or amendment of the Olympic Charter, the election of IOC members and office bearers and election of the host city of the Olympics.