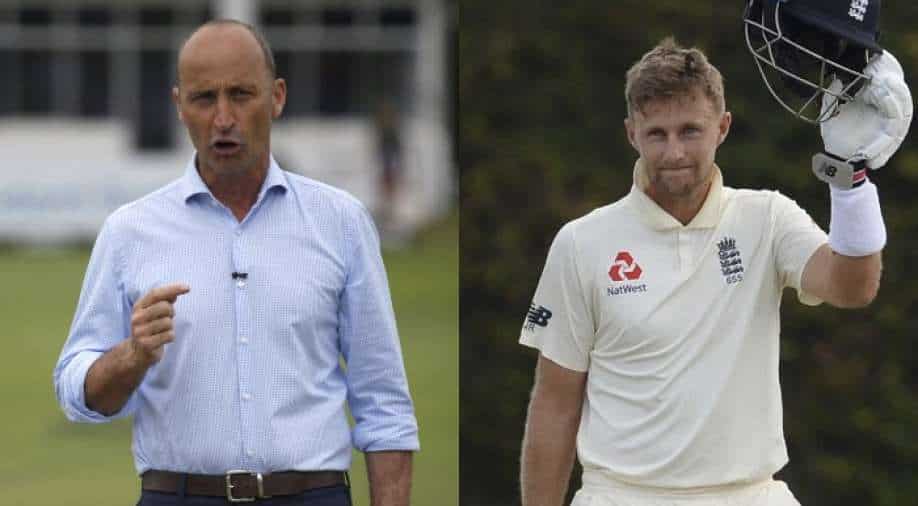 Former England skipper Nasser Hussain has predicted that Joe Root will end up shattering all the Test batting records by country's batsmen while adding the 30-year-old is arguably England's best-ever player of spin bowling.

Former England skipper Nasser Hussain has predicted that Joe Root will end up shattering all the Test batting records by country's batsmen while adding the 30-year-old is arguably England's best-ever player of spin bowling.

Root continued his purple patch with the willow as he hammered 218 runs and 40 runs off 32 deliveries in the two innings respectively in the first Test against India as England defeated the hosts by 227 runs in Chennai to complete a historic win.

“Root sure is one of England’s greats. He will probably end up breaking all records, he will probably go past Sir Alastair Cook’s 161 Test matches and probably tally of runs as well,” Hussain wrote in his column for Sky Sports.

“He is in great nick, only 30 years old, and if you did a list of all-time England batting greats - the ones I have seen anyway - you’d have to have Root with Cook, Graham Gooch and Kevin Pietersen,” Hussain said.

“I would say he is arguably England’s best-ever player of spin, the way he sweeps spin away is outstanding to watch.”

Hussain further branded England's win against India as “perfect performance" while adding the triumph in Chennai is right up there with all the epic wins in the longest format of the game.

“People were writing England off, saying this series could be 4-0 to India. No one really gave this side much of a chance. India had won in Australia, Virat Kohli was back and India is a very difficult place to go and win in Test match cricket,” he said.

ALSO READ: 'When India wins the toss, he will score 250': Ashish Nehra on Virat Kohli

"So, this win for England has to be right up there, especially away from home. They put in the perfect performance. From ball one to the final delivery, it was outstanding.”

England will look to carry the winning momentum when they take the field for the second Test against India at the MA Chidambaram Stadium in Chennai, scheduled to start from February 13. Whereas India would be itching to set the record straight and bounce back in the series, which England lead by 1-0.