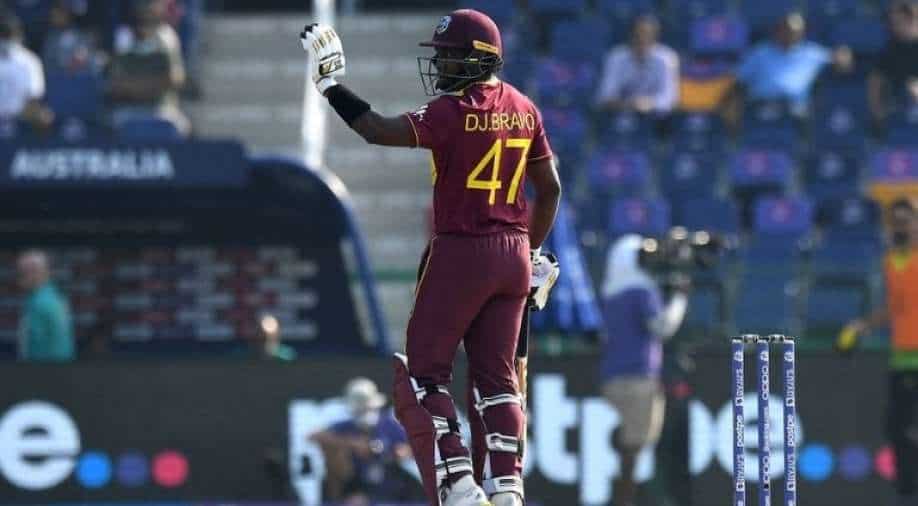 Dwayne Bravo is the leading wicket-taker for West Indies with 78 wickets in 91 matches. He also scored more than 1000 runs.

Former West Indies all-rounder Dwayne Bravo has said that he would love to take up the coaching role someday in order to give back to the game which has given him everything.

Bravo played his last international game on Saturday as West Indies locked horns against Australia in the Super 12 match of the ongoing ICC Men`s T20 World Cup. Bravo was not able to go on a high as Australia registered an eight-wicket win.

"Definitely at some point if I decide to walk away from the game finally, I would love to get back in the coaching department, so I already started to put things in place for when it`s that time.

Definitely you will see me around. Like I said, cricket has given me everything. Cricket has given me the life I always wanted for myself and my family," Bravo said during the virtual post-match press conference."So I think it`s only fair that I love to give back to the game that has given me so much.

Again, I keep encourage myself because of the talent I see coming through in West Indies, and whatever team I play for around the word, so definitely you will see me involved," he added.

Bravo might have retired from international cricket, but he confirmed that he will continue to play franchise cricket for the time being."Yeah, I will continue playing franchise cricket for a few more years as long as my body will allow me to. My aim was to retire a few years ago, but with a change of presidency and change of leadership comes a change of heart, and I wanted to give back to West Indies because I was still in a good place physically and enjoy my cricket," said Bravo.