Why is South Africa team wearing black armbands in first Test against India? 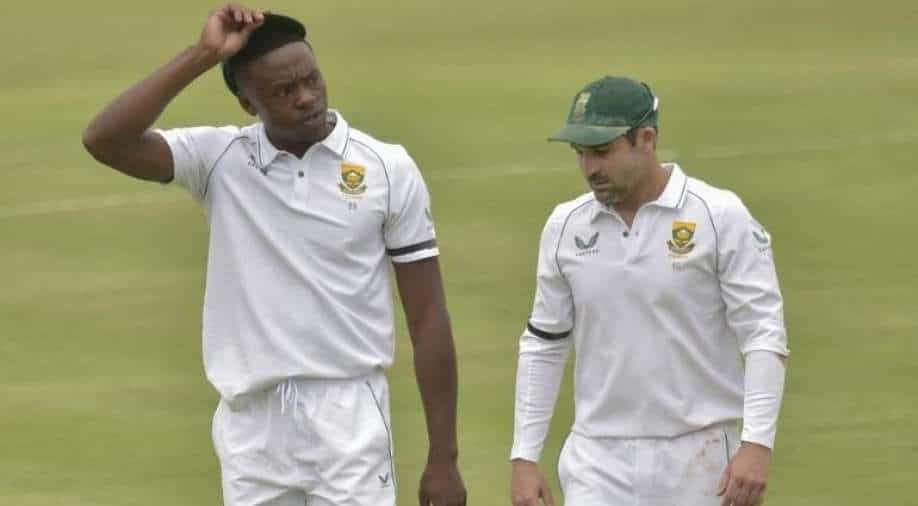 In the first Test against India at SuperSport Park, the South Africa players were seen wearing black armbands in memory of Archbishop Desmond Tutu, who passed away at the age of 90 in Cape Town on Sunday morning.

Just before the national anthems were played, players from both India and South Africa along with everyone in the stadium observed a minute's silence in the memory of the world-renowned statesman.

Apart from the South African team, the umpires Marais Erasmus and Adrian Holdstock were also spotted wearing the black armbands.

ALSO READ: R Ashwin recalls battle with pain in Sydney Test: I was tearing up, my daughter had to pull up my shorts

South Africa President Cyril Ramaphosa condoled the passing away of Tutu on Twitter.

"The passing of Archbishop Emeritus Desmond Tutu is another chapter of bereavement in our nation`s farewell to a generation of outstanding South Africans who have bequeathed us a liberated South Africa.

"Desmond Tutu was a patriot without equal; a leader of principle and pragmatism who gave meaning to the biblical insight that faith without works is dead. We pray that Archbishop Tutu's soul will rest in peace but that his spirit will stand sentry over the future of our nation."

Known for his work as an anti-apartheid and human rights activist, Tutu was conferred with the Nobel Peace Prize in 1984 for his opposition of apartheid in the country through non-violence. He also coined the term 'Rainbow Nation' to describe South Africa post-apartheid, after South Africa's first fully democratic election in 1994 saw Nelson Mandela being elected as the President.

Coming to the first Test, India had won the toss and elected to bat first with Ajinkya Rahane batting at five ahead of contenders Hanuma Vihari and Shreyas Iyer. South Africa, on the other hand, have given a debut to left-arm pace all-rounder Marco Jansen.

Before the first ball was bowled by Kagiso Rabada, the South Africans took a knee ahead of start of play in their fight against racism, while the Indian team had their hands on their hearts for the same.