R Ashwin recalls battle with pain in Sydney Test: I was tearing up, my daughter had to pull up my shorts 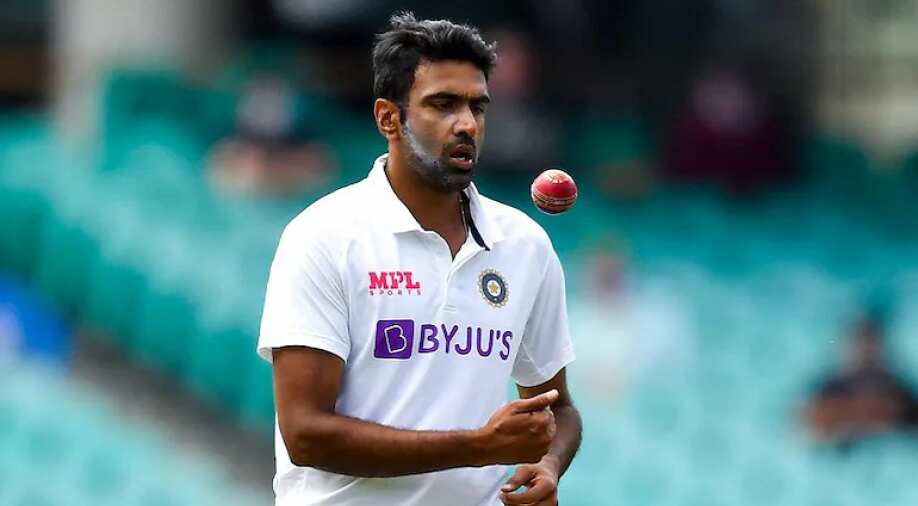 R Ashwin opened up on his battle with pain during the Sydney Test against Australia. Photograph:( AFP )

Senior Indian spinner R Ashwin recently opened up on his battle with pain during the Sydney Test against Australia earlier this year where he battled immense pain to helo India pull off an unlikely draw.

Indian spinner R Ashwin has had a memorable 2021 as he looks set to finish the year as the highest wicket-taker in Tests. While he was among the wicket, Ashwin also made his comeback in India's T20I side after a gap of over three years as he found a spot in the squad for T20 World Cup 2021. The senior spinner was also part of several memorable wins for the Indian team throughout the year.

He played an instrumental role in some of India's top wins this year but one of his best performances came during the Sydney Test against Australia which had ended in a draw. Ashwin battled immense pain as he was struggling with a severe back spasm, to deliver a performance for the ages and set an example for others.

Ashwin had combined with Hanuma Vihari to script a stunning draw for India in the Test match. The duo stitched an unbeaten stand of 62 runs for the seventh wicket and played a staggering 289 deliveries between them to deny Australia a victory in the game.

Not many know, Ashwin was dealing with a severe back injury and was in terrible pain while batting during India's second innings to save the Test match. The spinner revealed he was wincing in lower-back pain after an injury during practice but bowled 14 overs at a stretch on Day 4 before producing a gritty batting display on Day 5.

"It [back spasm] was very freakish. I was wincing in lower-back pain after I had hurt myself during practice. Nitin [the physio] gave my heavy painkillers on Day 4 and I kept bowling," Ashwin said on the show - Backstage with Boria.

"I bowled two overs at Steven Smith and Marnus Labuschagne, which took me to cross the pain barrier – I got used to the pain. I told Ajinkya Rahane [India’s stand-in captain] and Rohit Sharma that if you stop me, I won’t be able to bowl again. So, I went on [to bowl at a stretch] for 14 overs," he added.

It was the worst night of my life: R Ashwin

On the night after bowling despite dealing with severe back pain, Ashwin said he endured the worst night of his life. The spinner revealed he couldn't put his back down when he tried to lie down after dinner and was not able to get up the next morning.

The spinner said his daughter held his shorts and pulled up his shorts for him while he was tearing up in pain to get ready to bat on Day 5 of the Test match. Nonetheless, he went on to bat and scored an unbeaten 39 off 128 balls to save the Test match for India.

“Australia declared later and I went back, but little did I know that I would have the worst night of my life. When I went after dinner to lie down, my back did not go down.

"I put a towel underneath my back, held my hip up and went to sleep. The next morning when I woke up, my mind was telling me to get up but I couldn’t. I was shouting and yelling; the children helped me get up, but I couldn’t," Ashwin recalled.

"I crawled outside the door and kept yelling for the physio. I went into a hot shower, so that’s when my back started warming up. I don’t know how I went to the game. My daughter held my shorts – she just pushed the shorts up, and as she pushed up my shorts, I was tearing up. My wife asked, ‘You are going to play a game?’. I said: ‘I have to’," he added.

India went on to pull off a draw in the Sydney Test to head into the decider at the Gabba with series at 1-1. India ended Australia's dominance at their fortress Gabba with a 3-wicket win. The Ajinkya Rahane-led side became the first team to beat Australia at The Gabba in 32 years as India clinched the series 2-1.