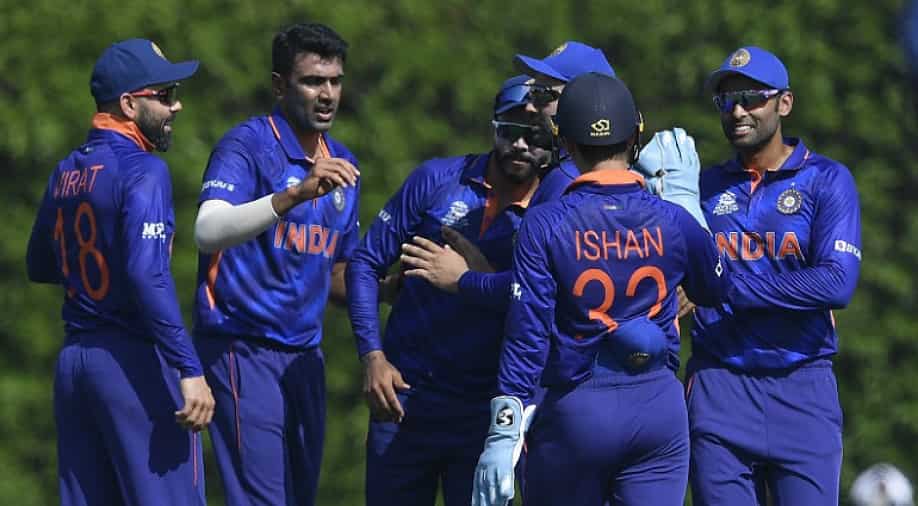 Senior spinner R Ashwin is likely to make a comeback in India's ODI squad for the upcoming series against South Africa. Ruturaj Gaikwad and Venkatesh Iyer are also in the fray to be selected.

India are all set to take on South Africa in a three-match Test series starting from Sunday (December 26). The Test series will be followed by three ODIs between the two sides. India are yet to announce their squad for the ODIs and the selectors are likely to sit down to pick the squad for the series in the next 48 hours.

R Ashwin is likely to make his comeback in India's ODI squad for the South Africa series, as per a report in Cricbuzz. Ashwin, who has been a vital cog in India's Test squad, has been sidelined from white-ball cricket for a long time. He was surprisingly included in India's squad for the T20 World Cup 2021 which marked his return to the T20 team after a gap of three years.

The off-spinner had last played an ODI match for India in June 2017 and will now be making his comeback in the ODI squad after a gap of over three years. As per Cricbuzz, the Indian think tank including head coach Rahul Dravid and white-ball captain Rohit Sharma have been left impressed by Ashwin's performances for India in T20Is recently and see him as part of their plans ahead of the 2023 ODI World Cup which will be played in India.

Besides Ashwin, the selectors are also set to include youngsters Venkatesh Iyer and Ruturaj Gaikwad in the squad. Both Iyer and Gaikwad had brilliant IPL 2021 campaigns for their respective sides and have been making waves with their performances in the onging Vijay Hazare Trophy. While Gaikwad is the top-scorer with 603 runs from five matches, Iyer has 379 runs in six matches in the Vijay Hazare Trophy so far.

Iyer is being seen as one of the back-ups for all-rounder Hardik Pandya, who is currently training at the National Cricket Academy (NCA) in Bengaluru to work on his fitness before he returns to the Indian team. The selectors are also set to take a call on the future of veteran opener Shikhar Dhawan, who has not played for India since captaining the team on the tour of Sri Lanka earlier this year.

Also Read: Kohli knows his position could be up for grabs if he doesn't score runs in South Africa: Monty Panesar

Captain Rohit Sharma, who will be missing the three-match Test series due to a hamstring injury, is currently recovering at the NCA. The selectors are waiting on his fitness report before taking a call on who can be the stand-in captain in case the Hitman misses the ODI series as well.

The ODI will series between India and South Africa is all set to get underway from January 19.