Virat Kohli knows his position could be up for grabs if he doesn't score runs in South Africa: Monty Panesar 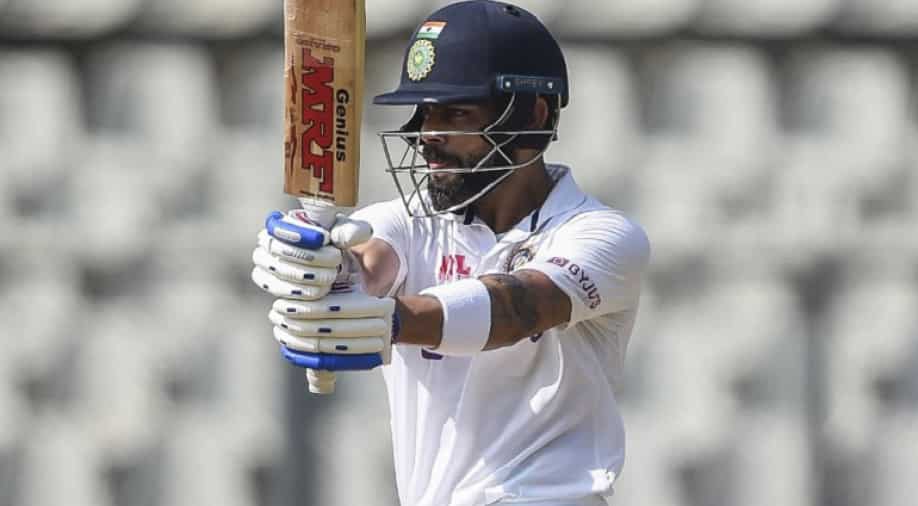 Virat Kohli will be under pressure to perform against South Africa, as per Monty Panesar. Photograph:( AFP )

Former England spinner Monty Panesar is under pressure at present and needs to perform in the upcoming Test series against South Africa to keep his spot in the Test team.

Former England spinner Monty Panesar believes Virat Kohli's position could be up for grabs in the Indian Test tea if he fails to score runs in the upcoming Test series against South Africa. India will lock horns in the first Test against the Proteas at the SuperSport Park in Centurion starting from Sunday (December 26).

Kohli has been under fire ever since India's exit from the T20 World Cup 2021 where the Men in Blue failed to qualify for the semi-finals. While he stepped down as the T20I captain of the side post the T20 World Cup, Kohli was sacked as ODI captain earlier this month and replaced by Rohit Sharma.

Panesar pointed out Kohli will be under immense pressure to perform having been sacked from ODI captaincy. However, he insisted India winning the series will help Kohli's cause even if he fails to perform with the bat.

"I think he will be very motivated because he knows that if he does not score a lot of runs in Test cricket then that position could be up for grabs as well," Panesar told ANI.

"So, he is under pressure to perform but he needs to do well and actually get some wins and even India are winning and he does not score the runs that still is a positive for Virat Kohli because he knows how to get the best out of an individual," he added.

The former England spinner backed India to script history and win their maiden Test series in South Africa this time around. India have never managed to win a Test series against the Proteas in their own backyard and have so far clinched only three Test wins in the Rainbow nation.

"I think India have got a great chance. They seem like a favourite to win that series. They know how to win now away from India and that is to do with Ravi Shastri's coaching philosophy," said Panesar.

"So, I think it is still there within this Indian team and this will be historic for Indian cricket for them to win their first series in South Africa and this is their best chance. They have got a stronger team. Their team is much stronger than the South Africans. I think India are firm favourites to win the series," he added.

India are heading into the series on the back of a 1-0 win in the recently-concluded two-match Test series against New Zealand at home and will be riding high on confidence against a Proteas side, which is missing some of the big names this time around.