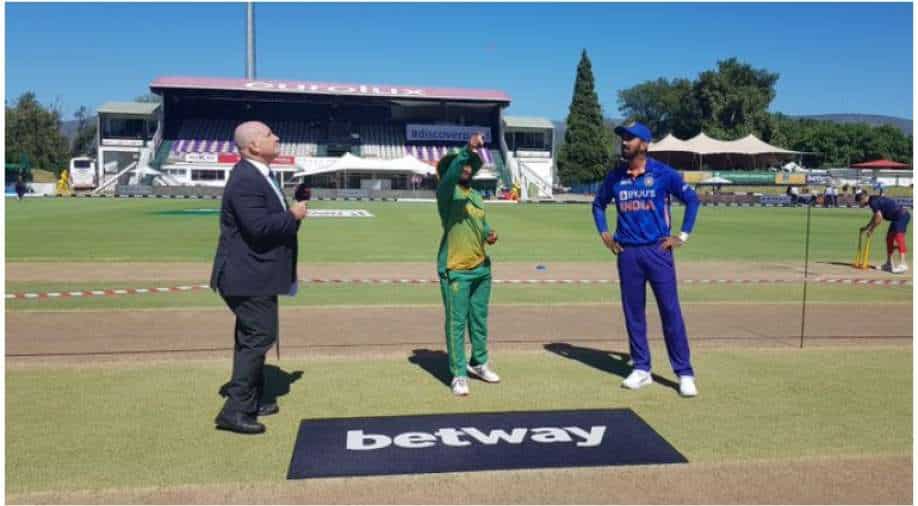 Former Indian cricketer Manoj Tiwary has slammed the national selectors for giving KL Rahul the captaincy in the India-SA ODIs, in the rainbow nation.

In Rohit Sharma's absence, Team India gave a listless performance in the three-match ODI series versus Temba Bavuma-led South Africa, in the African nation. With limited-overs captain Rohit being ruled out due to hamstring injury, KL Rahul was appointed the captain of the ODI setup as the national side were whitewashed in the series.

Rahul had a disastrous start to his captaincy career in the recently-concluded South Africa tour. With Virat Kohli missing the second and penultimate Test in Johannesburg, due to upper back spasm, Rahul had even captained India in the purest format during the SA tour. However, he failed to take India to victory in the one Test and three ODIs as stand-in captain.

Speaking to Sportskeeda, former Indian cricketer Manoj Tiwary has questioned the Chetan Sharma-led selection committee for grooming Rahul and appointing him the stand-in captain in SA. He said, "First of all, I want to ask the selectors, "What did you see in Rahul as captaincy material?" Suddenly, they’re saying that they’re grooming him as a future captain. I don’t understand how you can "groom" a captain. A person is either a born leader or he isn’t."

"Captaincy comes naturally, it’s an inbuilt quality. Grooming a captain is possible, but the process will take a long time. It will take a player around 20 to 25 games to learn about decision-making, but even then success will not be guaranteed. See, every international match is important for India," Tiwary added.

Despite India's listless performance in the ODIs under Rahul's captaincy, he is being touted as the future leader. Rahul is already the limited-overs vice-captain and can also take the captaincy role in Tests following Kohli's resignation post the SA series. While Rohit is the frontrunner to become the all-format captain, fitness remains a concern with Hitman and, hence, Rahul has a chance to become the Test captain (or at least the vice-captain).