What can we say when players prioritise playing IPL over country: Kapil Dev as India bow out of T20 WC 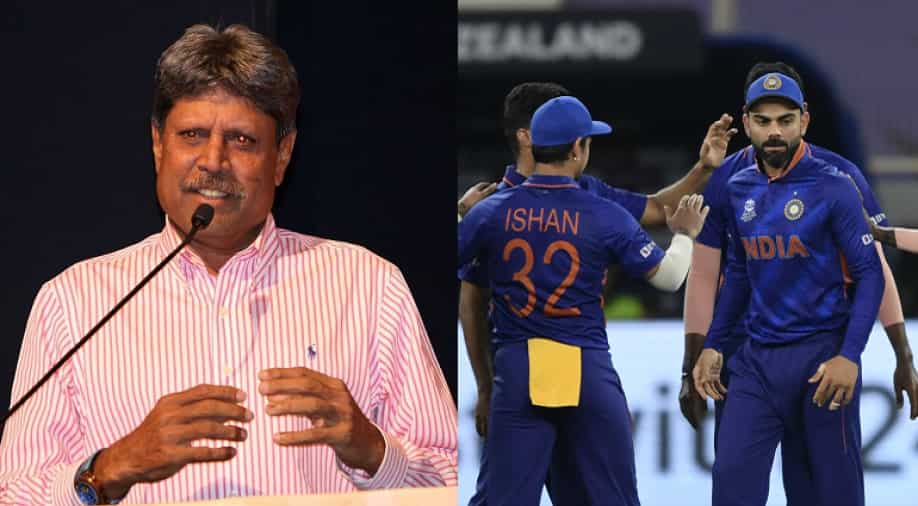 Former India captain Kapil Dev has slammed some of the players in the current Indian side for prioritising the Indian Premier League (IPL) over playing for India as the team bowed out of the T20 World Cup 2021 on Sunday.

The legendary Kapil Dev has slammed some members of the current Indian team for prioritising playing in the Indian Premier League (IPL) over playing for the country. Kapil's comments come after India were knocked out of the ongoing T20 World Cup 2021 post Afghanistan's 8-wicket defeat at the hands of New Zealand in their final Super 12 clash.

India needed a favour from Afghanistan to remain alive in the race for the semi-finals with a game remaining against Namibia. However, the Virat Kohli-led side was knocked out from the tournament as New Zealand secured a berth in the semis with an emphatic win on Sunday.

"When players prioritise IPL over playing for the country, we what can we say. Players should take pride in playing for their nation. I don't know their financial conditions so can't say much," Kapil Dev said on ABP News.

"But I feel that first in line should be the country's team and then franchises. I'm not saying do not play cricket there (IPL), but the responsibility is now on the BCCI to plan its cricket better. To not repeat mistakes we committed in this tournament is the biggest learning for us," he added.

Kapil further stated that the Indian team should quickly move on from the debacle at the T20 World Cup 2021 and should focus on the future. The former captain believes there should have been some gap between the IPL 2021 and the T20 World Cup which potentially took a toll on players mentally and physically as they were playing in strict bio-bubbles since a long time.

"It's time to look at the future. You should start planning right away. It's not that since the World Cup is over, the Indian team's entire cricket is too. Go and plan. I just feel that there should have been some gap between IPL and the World Cup. But this is certainly there that our players today have a lot of exposure but they could not make the most of it," said Kapil.

Earlier, India's premier pacer Jasprit Bumrah and bowling coach Bharat Arun had opened up on players facing mental fatigue due to playing excessive cricket in bio-bubbles in the build-up to the T20 World Cup 2021.