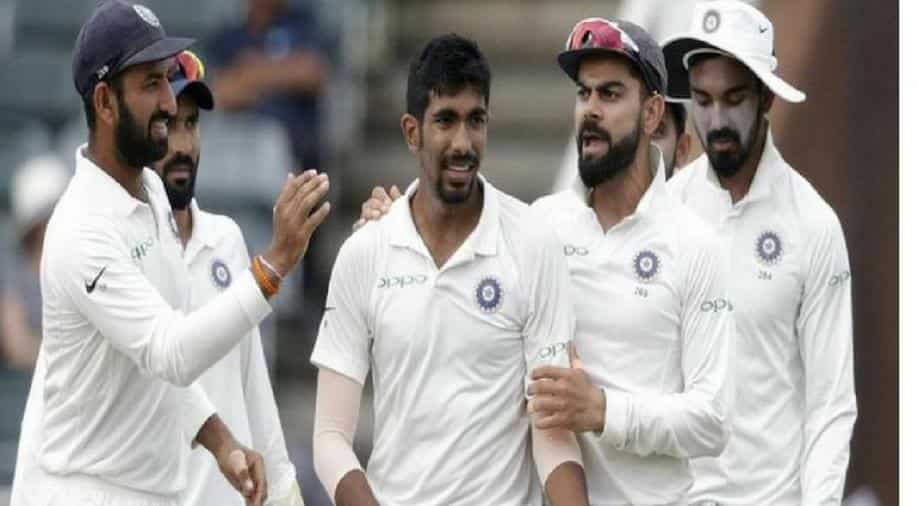 India have the perfect opportunity to find a solution to their top-order batting woes before their year-end series in Australia when the world's top-ranked side host two tests against lowly West Indies, starting on Thursday.

Murali Vijay and Shikhar Dhawan opened for India in the first match of the recent five-test series in England but the duo were dropped following modest returns during the 4-1 defeat.

Lokesh Rahul, the third opener in England, survived the axe after posting a 149 in the final test at the Oval and will walk out to face the new ball against West Indies in the company of either Mayank Agarwal or Prithvi Shaw, who are both uncapped.

Agarwal, 27, was rewarded for a 2017-18 season in which he scored heavily across formats while the 18-year-old Shaw has already been tipped to have a bright future in national colours.

Agarwal and Shaw will be keen to make the most of their chances and book their place for India's four-test series in Australia, though Vijay has responded to being dropped by making a hundred and three half-centuries in his last five innings for Essex in the County Championship.

The trip to Australia will be the last chance in 2018 for Virat Kohli's men to show they can match their formidable home form with success abroad and show the world why they are the world`s top-ranked test side.

India, who last lost a test series at home in late 2012 against England, started the year with a 2-1 loss to South Africa but then thrashed debutants Afghanistan at home in a one-off test before flying to England.

The visiting batsmen will still have to contend with India`s lethal spin duo of Ravichandran Ashwin and Ravindra Jadeja however, with left-arm wrist spinner Kuldeep Yadav ready to chip in if pressed into action as the third slow-bowling option.

West Indies arrive in India on the back of strong test form at home. They won both tests agasint Bangladesh and drew 1-1 against Sri Lanka in a three-test series.

However, previous form against India in the five-day format offers little optimism. West Indies` last test win against them was in May 2002 in Kingston, while they have not won in India since a 243-run triumph in 1994.

Despite the task facing his side, West Indies captain Jason Holder was upbeat.

"It's been good. Our last two-test series were very good," Holder told reporters on the team's arrival in India.

"I don`t want to dwell too much in the past ... we have a big series ahead of us, a big winter to be precise. So the focus is on that and to play good cricket."

India and Bangladesh to take up a role at Middlesex in England.