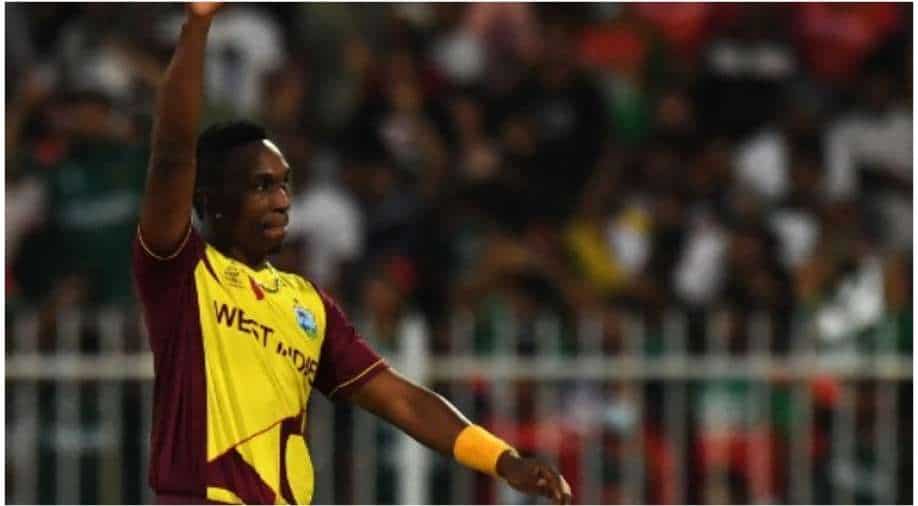 The 38-year-old Bravo came out of retirement in 2019 and has been a key member of the West Indies team defending its title in the ongoing T20 World Cup.

But the Caribbeans are out contention for a semifinal spot after losing to Sri Lanka -- their third in the showpiece -- in a Super 12 match on Thursday. West Indies' inconsequential match against Australia here on Saturday will be Bravo's last international outing, bringing down the curtains on a career spanning more than 17 years.

"I think the time has come. I've had a very good career. To represent the West Indies for 18 years, had some ups and downs, but as I look back at it I'm very grateful to represent the region and the Caribbean people for so long," said Bravo who has been an integral part of the four-time IPL champion Chennai Super Kings team. "To win three ICC trophies, two with my captain (Daren Sammy) on the left here. One thing I am proud about is that the era of cricketers we had we were able to make a name for ourselves on the global stage and not only do that but have silverware to show for it."

Earlier in the year, during their home series against Pakistan, skipper Kieron Pollard had said that Bravo was playing his last T20I game on the Caribbean soil. Bravo, who has appeared at all seven T20 World Cups and helped West Indies lift the trophy in 2012 and 2016, has 90 T20I caps for his country, scoring 1245 runs and picking up 78 wickets. He has more than 500 appearances in the T20 format overall.

After making his international debut in 2004, Bravo also played in 40 Tests, scoring 2200 runs at an average of 31.42 and taking 86 wickets. He also has 2968 runs and 199 wickets to his name from 164 ODIs.
Bravo admitted "it wasn't the World Cup we wanted". "For me now I want to try and pass on whatever experience and information I have with the younger players," he said.
"I think in the white-ball formats West Indies cricket have a bright future and it's important for us to keep supporting the guys and keep encouraging them.