'We'll rely on the protocols': CA wants Ashes to continue despite COVID-19 cases in England camp 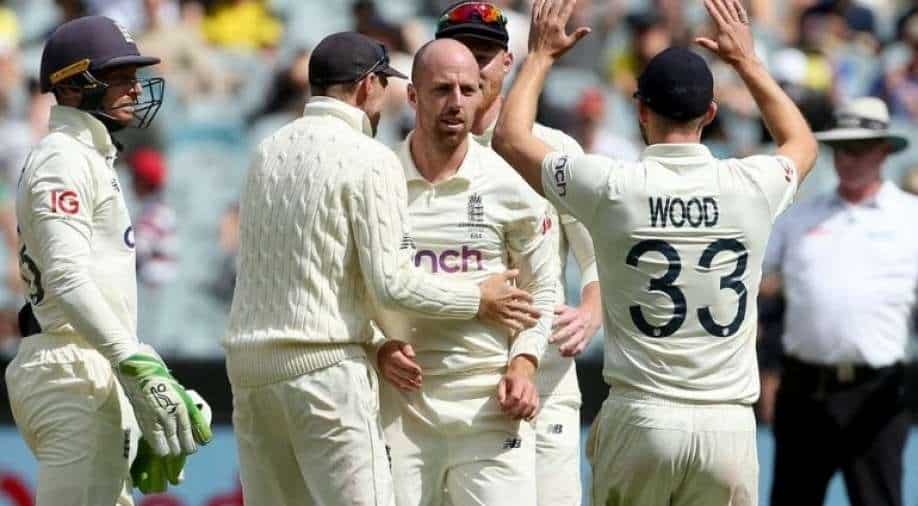 'We'll rely on the protocols': Ashes to continue as scheduled despite COVID-19 cases in England camp says CA Photograph:( AFP )

Four members of the England camp, two support staff and two family members, tested positive for coronavirus just hours before the start of day two in the third Test in Melbourne.

Cricket Australia chief Nick Hockley moved to allay fears Monday over the remainder of the Ashes series after England were rocked by a Covid scare, but admitted it was a "day-by-day proposition".

Four members of the England camp -- two support staff and two family members -- tested positive for coronavirus just hours before the start of day two in the third Test in Melbourne.

The team and management were required to undergo urgent rapid antigen tests as they were about to leave their hotel for the Melbourne Cricket Ground.

They were given the all-clear barely 45 minutes before play was due to begin.

"The England cricket team will also have PCR tests today and both teams will take extra precautions throughout play," CA added.

Australian broadcaster the Seven Network also said there had been a positive case among its staff working at the MCG, forcing last-minute changes to their commentary team.

Driven by the Omicron variant, coronavirus cases are surging in Australia -- particularly in Sydney -- where the fourth Test is scheduled in January before the Ashes finale in Hobart.

More than 6,000 cases are being reported daily across New South Wales state, where Sydney is located.

Nevertheless, Hockley said the plan was to press on as scheduled with the Ashes.

"That's absolutely the plan. There's nothing to suggest otherwise. We'll rely on the protocols. It's a day-by-day proposition," he told reporters.

"I can't tell you the amount of work going on behind the scenes. The diligence of our medical team and players, the diligence with which they're working through each of the protocols is extremely impressive.

"They're very calm, they know this is what they need to do."

He added: "We've got very comprehensive testing regimes and the players have been absolutely fantastic. It's ultimately about everyone taking personal responsibility."

England faced a similar scenario earlier this year when the fifth Test of their home series against India was cancelled after multiple cases among the visitors’ support staff.

Australia captain Pat Cummins, who missed the second Ashes Test because he was in Covid isolation, said the dramatic events on Monday were "a sign of the times".

"You've got to be pretty flexible," he told sports broadcaster SEN.