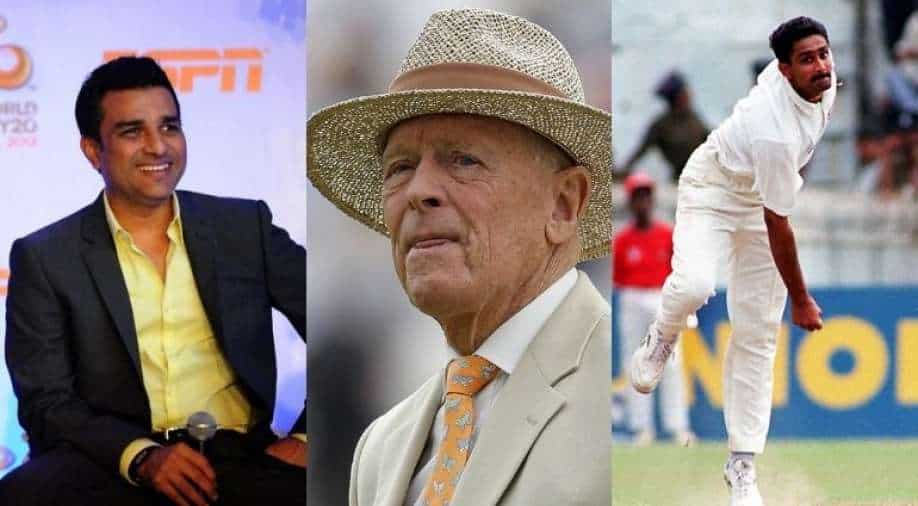 Manjrekar revealed that he was surprised as the award was won by Kumble and he felt that he would be chosen looking at the way players congratulated him.

Former Indian batsman turned commentator Sanjay Manjrekar revealed an incident dated back in the year 1990 when cricketing legend Geoffrey Boycott denied him the Man of the Match award during the ODI match between India and England.

India defeated England by six wickets after chasing the target of 233 runs set by England. Sanjay Manjrekar played a crucial knock of 82 runs to take India over the line. However, the commentary panel picked Anil Kumble as the 'Man of the Match', who scalped two wickets and conceded just 29 runs in 11 overs.

"This happened in 1990, India vs England, it was a match in Headingley, Leeds. There used to be 55-over matches at the time. England batted first and scored 229 runs, less runs. Anil Kumble was on his first tour and in that match, he bowled 11 overs and gave only 29 runs and took two wickets, one was Robin Smith and the other David Gower."

Manjrekar revealed that he was surprised as the award was won by Kumble and he felt that he would be picked looking at the way players congratulated him.

"And when we went for the chase, I probably scored 82 runs and was there almost till the end, got out probably near the end and we won that match. Usually, we see that a batsman who wins the match while chasing is favoured for the Player of the Match award. So, when the match got over, it was in my mind that I probably will be the Player of the Match and a couple of people also congratulated me," Manjrekar added.

According to Manjrekar, Geoffrey Boycott was sure to convey his message to the Indian batsman regarding the thoughts behind the decision.

"Geoffrey Boycott was supposed to give the Player of the Match in that match. He did a very good thing. He came into the dressing room after the match and came straight to me and said - 'Well played young man. I think your innings was very important. Well done but the player who won you the game today was the bowler Anil Kumble. He bowled 11 overs, two wickets for 29 runs and England lost the game because they didn't put enough runs on the board' - he said that right on my face."

In the Champions League, the elite have always battled the rest