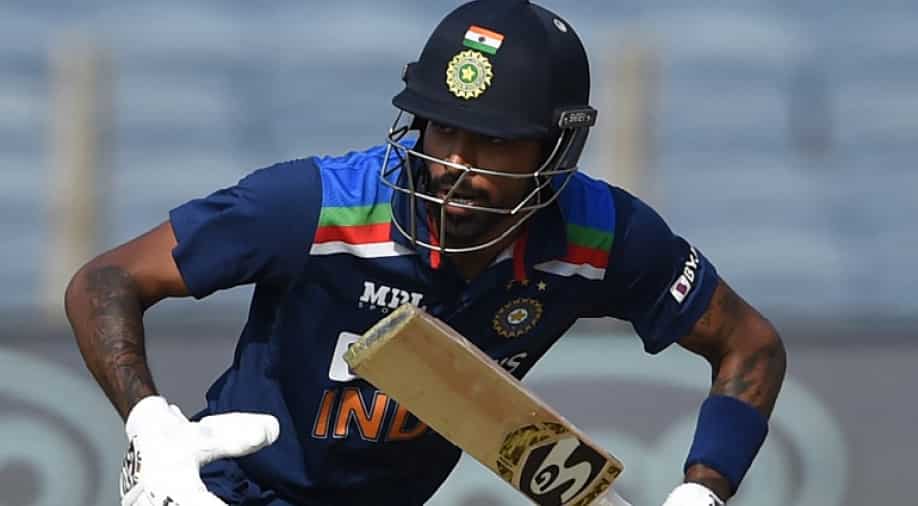 BCCI chairman of selectors Chetan Sharma on Saturday provided an update on star all-rounder Hardik Pandya's potential comeback to the Indian team. The Sharma-led selection panel on Saturday announced India's Test and T20I squads for the upcoming home series against Sri Lanka which gets underway from February 24. India will play three T20Is followed by two Tests against the visitors.

He was not named in either the Test or the T20I squad for the upcoming series against Sri Lanka on Saturday but is expected to return soon. Providing an update on his return, chief selector Sharma said Pandya will be considered for selection immediately but only when he is 100 per cent fit.

He also said the selection panel cannot take a call on his comeback until they have proper confirmation of his fitness and bowling.

"Definitely, Hardik was a very important part of the Indian team. But now after the injuries, we'll say that until he isn't 100% fit, until we get that information that he's ready to go, is bowling and is match fit... when that comes in front of us then definitely he's an important player and we'll consider him immediately," Sharma said during a virtual press conference on Saturday.

In Hardik's absence, the likes of Venkatesh Iyer and Deepak Hood have been used by India in T20Is for the all-rounder's spot. Deepak Chahar has also grown in stature with impressive performances with the bat and has proved to be a useful all-rounder for the team.